A Compassionate Argument for a Strict Border Part 3

In the previous installment we looked at the idea of incentives, specifically trying to target the motivating factors for those who come to the US illegally. The thesis of that piece was this: it is not compassionate to incentivize those who are healthy and wealthy enough to make the move to US to abandon their nations – this is an especially gross injustice when it involves entitlements that destroy personal industry and integrity. We will now consider the most important part of this discussion: how can the poor, downtrodden and desperate of other lands actually be helped? 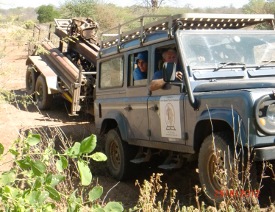 As a young man, I spent a sizable chunk of time in Southern Africa, specifically South Africa and Mozambique. I learned a lot about the world, other cultures and myself from the experience, but I also learned much about what true charity looks like. I saw a great deal of actual help for people who were in desperate need of assistance, but I also saw (to a much lesser extent) goods, service and time being given to people who probably could have done things themselves and were actually discouraged from being more productive because they knew that the help would come. The reason the second phenomenon was less common was primarily because the mission I was working for (which exists on a conglomerate of US and SA funds) was smart about how, why and when aid was given. The people running it understood what qualified as effective and compassionate, and what was faux compassion – charity given for the sole sake of making the one bringing it feel good about themselves without attention to how it would affect those receiving it. Sadly, much of the benevolence around the world is exactly that – faux compassion – redistributionism that hurts rather than helps those it is given to (see When Helping Hurts: Alleviating Poverty Without Hurting the Poor. . . and Yourself by Steve Corbett and Brian Fikkert). True compassion is not throwing money at a problem, nor is it giving away goods and services to those who haven’t earned it because of their perceived disadvantage – true charity is personal - it is life-to-life action based on kindness, sincerity and the identification of actual problems, lacks and needs. Sometimes it is rashly given, sometimes it is meticulously planned, but it is meant to be real.

What does this have to do with the border crisis? The overwhelming majority of rhetoric coming from many sides of the border debate but especially from the left falls into the category of faux compassion – perceived care and concern that isn’t based in anything tangible or substantial. A vote, Facebook repost or walk down to the Capital in D.C. may demonstrate the perception of caring for the oppressed of other nations, but it’s just perception because there’s no “skin in the game.” Outrage accomplishes nothing if there is no action to follow beyond voicing opinion, casting a vote, taking a walk or screaming at a politician. The point is this: advocating compassion is not the same as practicing compassion. As already has been established, throwing money at a problem (i.e., entitlements for immigrants/illegals) does them no great service, just as it doesn’t in the missional world – what makes the policies advocated by those in support of an open/soft border so much more confounding and immoral is that they so often advocate taking others’ money rather than their own.

The inconvenient truth is that most organizations, groups and movements that actually have improved economic, social and cultural conditions for the poor/disenfranchised of the world are just who the progressive left loves to hate – Western empires (Britain, Holland, Germany, etc.), trade organizations/entrepreneurs (East India Company, Cecil Rhodes, Gilded Age philanthropists) and certainly most of all because of the their contributions to literacy worldwide, Christian missionaries – all of these the most prominent villains in Hollywood storytelling today. This is not to say that these entities and individuals were always driven by compassion, but even for those who haven’t, the effects have often remained because specific individuals wanting to show specific compassion saw opportunity and acted. Therefore what we think of as compassion is often not, and what we think of as not sometimes is.

We must then ask the question: what is true compassion? Here are a number of principles to help us navigate: 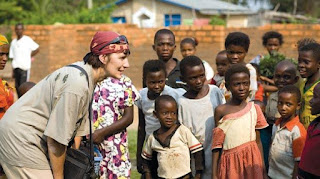 1) True compassion is specific. While one can bring awareness to a need for compassion, the outworking of that compassion has to fit specific needs. For example, one could bring the plight of the Christian minority in Kurdistan to a conversation, give money to a large organization that serves their cause, or retweet a news story that gives an overview of the situation, but none of these demonstrates “skin in the game” compassion, though they may all be proper and admirable. If giving money, true specific compassion would target specific individuals, churches or communities for specific needs. It could also mean traveling to the location and seeing firsthand what the needs actually are. It could even be personally welcoming in a family or individual in need to one’s home. In reference to the immigration question, these same standards should be applied.

2) True compassion expects nothing in return. An easy way to identify faux-compassion is by assessing whether an individual is trying to get something out of either their stance on an issue (like the border wall, for example) or even from getting involved in an organization through donation or volunteer. How do you tell? Those who are truly compassionate probably don’t talk about it.

3) True compassion is not hypocritical. This is fairly straightforward, and it’s the one out of these three principles that those in support of a stricter border usually remember to bring up, though it’s the least likely to change someone’s mind. If walls aren’t needed and the doors to the country should swing wide open to take any and all, then why not at your own house? Your own community? Your own city? The fact of the matter is that when problems become larger than us, we tend to see them less as our problems and more as someone or something (for instance, the government) else’s problem.

To get pragmatic, here are some ideas for actually showing compassion to those south of our border who want to come here (note: the first three are purposely sarcastic):

1) Research some of the countries that are sending us migrants. Study the political situations to identify what the problems are in those countries that are causing people to want to leave. Ask: what would actually solve this problem to the point that people could stay in their country? Then ask, is there anything you could do specifically to help the situation. If you want to be a vocal advocate, perhaps advocate for change in that country rather than just importing the people from that country here.

2) Talk to more recent immigrants (legal or illegal) and ask them why they left their country and if given the opportunity, if they would want to return.

3) Actually visit an aid worker or missionary living in one of the countries that are giving us an influx of migrants. Not an organized “voluntourism” trip, but contact someone specific and ask to stay with them. Learn about a country and meet people that live there. You’re far more likely to care about the people of that country if you know them where they live.

4) Donate your own money to causes, organizations and most importantly, individual people that do specific and personal work to improve the lives of the poor, oppressed and downtrodden
Posted by David Scott Harris at 4:44 PM