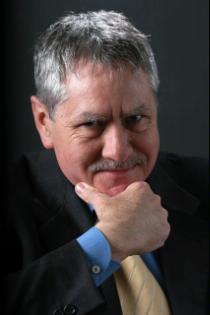 Recasting A Generation Into the Mold of Progressivism
By: Jonathan Harris

Radio talk show host Rush Limbaugh often times uses the phrase, “young skulls full of mush,” to describe how mandible the minds of children and ignorant people are to the manipulations they are exposed to by both the media and liberal teachers. No event thus far has done more to verify this term than perhaps the election of Barack Obama, in which college professors made his case, the media followed their orders, and high school teachers sung his praises. The documentary “Indoctrinate-U” by Evan Coyne does an excellent job exposing this bias on college campuses.

While most parents are aware that some bias exists, they often will take hope in the idea that, “At least my child has the textbooks to tell him/her the truth.” Unfortunately, this is no longer the case. In the book “48 Liberal Lies About American History” with the sub-caption, “That you Probably Learned in School,” Larry Schweikart helpfully appeals to the very words and ideas espoused in the nations major textbooks to prove the gross inaccuracies which exist for the purpose of feeding false information to “young skulls full of mush.” Schweikart maintains that:

“students get a distinctly slanted view of American history – one that portrays the United States as oppressive, imperialistic, and evil. The slant lauds socialist efforts of wealth redistribution, criticizes American military success, and laments the punishment of anti-American traitors.”

Schweikart, a history professor at the University of Dayton and frequent regular on “Fox and Friends,” supports his premise by using word searches to compare the amount of time devoted to certain historical figures over others, pictural analysis to demonstrate the themes being presented, and also raw quotes to contrast the textbook with the truth. Each chapter usually begins with a segment from either one or multiple history books, then proceeds Schweikart’s well researched debunking, complete with sources.

On the whole, I was in complete agreement with 46 of his chapters, finding many things new and surprising regarding my own bias to the left on some important issues. Both his chapters on the War Between the States were slightly slanted to the left in my opinion, but even these weren’t on the whole radical or inaccurate (they merely focused on some facts to the exclusion of others).

So if you still think the Sherman Anti-Trust Act saved the free market, or that the Buffalo was wiped out because of white trophy hunters, or that the transcontinental railroad could only have been built because of government aid, you should definitely give this book a read. I plan on keeping it on my shelf as a reference guide for the rest of my life. Don’t let your skull be “full of mush.” Fill it with the facts. Pick up a copy today! Simply click on the book icon to the left to purchase yours.