Apologetics to the Glory of God

by John M. Frame. The book does make some good points, however, there are some issues I have with its communication or lack thereof. In view of its redeeming qualities, I’ve decided to recommend it but first I want to express these difficulties. Professor Frame seems to expect that his readers are already somewhat familiar apologetics and Reformed apologists since he doesn’t really go into detail about any of their arguments. I.E. there’s not a real lengthy discussion on the transcendental argument, and the other “classical arguments” (i.e. teleological, cosmological, etc.) are given some time, but I feel like not nearly enough. The book seems get very close to offering a viable defense, and then comes up one penny too short when you realize the chapter ends (when you think it should just be beginning). In reality, Frame’s book isn’t really a book on “how to” do apologetics. It’s more of a book on “what kind” of apologetic approaches Christians should use. Frame attempts in chapter 9 to teach his readers how to talk to strangers using apologetics, but again leaves a lot to be desired. He admits at the beginning of the chapter, “this is not my own natural milieu. I am far better suited to technical discussions than to exchanges with ‘people on the street.'” That causes me to wonder, “Then why are you even trying to teach me how to talk to folks on the street?” That’s like a professor at medical school who’s never worked at a hospital trying to advise an actual doctor on how he should approach patients. Perhaps it’s a pet-peeve of mine, but I have a hard time with intellectuals who won’t leave their ivory towers to put their actual theories to the test. It’s almost (though not quite) like a salesmen who won’t use the very thing he’s marketing. Frame however does argue that he uses what he markets through the written word, and in some chapters he does communicate quite well.

Frame’s warnings against having confidence in our own knowledge are well worth the hearing. Commenting on 1 Pet. 3:15-16 Frame states, “It is interesting that Peter does not urge apologists to be intelligent and knowledgeable (although such qualities are certainly helpful), but to lead consistently godly lives.” This really serves to give confidence to those who don’t think they’re “smart,” while at the same time shaming the “smart” who aren’t godly. The two sins apologists are especially susceptible to are not “speaking the truth in love,” and forming heresies in order to be “rational.” Frame comments, “don’t be an apologist unless your first loyalty is to God – not to intellectual respectability, not to truth in the abstract, not to the unbeliever as such, not to some philosophic tradition.” What a slap in the face to many (including myself at times) Christian “debaters” (not “apologists”).

Frames arguments for the Trinity (though phrased in such a way which makes it a bit hard to apply to witnessing encounters with unbelievers at least for me) are very stimulating.

Since God is both three and one, he can be described in personalistic terms without being made relative to the world. For example, God is love (1 John 4:8). Love of what? If we immediately answer “love of the world,” then we have a problem. For on that account the divine attribute of love depends on the existence of the world. And to say that God’s attributes depend on the world is to say that God himself depends on the world.

As you can see this creates a problem for all non-trinitarian theistic worldviews.

Frame’s explanation and justification of the “broad” circular nature of every worldview is also rather enlightening. The professor claims:

Those who believe that human reason is the ultimate authority (rationalists) must presuppose the authority of reason in their arguments for rationalism. Those who believe in the ultimacy of sense experience must presuppose it in arguing for their philosophy (empiricism). And skeptics must be skeptical of their own skepticism (a fact that is, of course, the Achilles’ heel of skepticism). The point is that when one is arguing for an ultimate criterion, whether Scripture, the Koran, human reason, sensation, or whatever, one must use criteria compatible with that conclusion. If that is circularity, then everybody is guilty of circularity.

How true is that? A circular argument is actually quite unavoidable when referring back to our ultimate authority. However a narrow circle is still logically untenable, at least according to Frame who thinks the unbeliever will not accept it. (Which actually has me wondering whether we should even be arguing on the basis of what an unbeliever will be convinced by? But that’s another story…) For instance, saying “The Bible is true because the Bible is true is a “narrow” circle. Evaluating evidence to verify the Bible using Biblical presuppositions, or stating “The Bible is true because without it we couldn’t prove anything” however are examples of a broader circle at work.

Professor Frame dedicates two chapters to the problem of evil (theonomy) going through ten common Christian “answers.” However, by the time your done with Frame’s second chapter you’ll realize he only implicitly endorses three of them, and explicitly endorses one. I won’t go into all the various defenses that can be made, but the most common in recent times has to be the “Free-Will defense.” Of course, Frame is a reformed Calvinist so he casts down anything that smacks of autonomy. Really I felt like all the defenses I had given in the past were no longer valid. The “Best-Possible-World Defense,” The “Character-Building Defense,” and the “Free-Will Defense” (all defenses I’ve used) seemed to go right out the door for me. As I look back I honestly wonder whether these are “bad” defenses (with the exclusion of the Free-Will Defense which is theologically untenable). Even if Scripture doesn’t explicitly endorse a particular answer can one not still use the argument framing the defense as merely a logical possibility (i.e. an escape mechanism)? I’m not sure at this point. What I do know is in both Romans and Job God gives a partial answer to this problem by trumpeting his mighty power and higher purpose which we are incapable of comprehending, and have no right to ask (in the sense a challenge at least). Also, the problem of evil is emotionally satisfied in the person of Christ (In reality it’s really more of an emotional problem, not a rational one. I’ll explain more in a later post). All other worldview’s try to cope with evil and suffering, however only the Christian one can meet it in the person of Christ offering true hope in the midst of difficult circumstances. I feel this issue should be expanded on much more than even Frame did in his two chapters on the subject. I will simply end this portion of the review by saying, in a later post I hope to deal with this problem head on.

Since I love saving the best for last, we will now turn our attention to Frame’s justification of  Classical Apologetic methods in a presuppositional framework. This really has helped me already. I was heading fast towards a position in my own apologetic approach which would have precluded me from “evidential” arguments. And it should be noted: Evidential arguments are wrong when they start with man’s autonomy and assume neutrality. However, the classical arguments for God’s existence can also be used without assuming those things. Frame writes:

I do not think an argument should be criticized because it fails to prove every element of Christian theism. . . Van Til’s transcendental argument (like every other argument) is not sufficient, by itself, to prove the existence of the biblical God to everyone’s satisfaction. Nor do transcendental considerations exclude arguments that are intended to prove only part of the biblical doctrine of God. 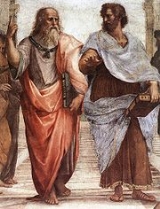 I may differ slightly with Frame (though I’m not 100% sure) on whether we should be taking into account people’s satisfaction. Something can be true and not satisfying. However, in a sense we are trying to provide answers that unbelievers will take seriously (I haven’t reconciled this dichotomy in my mind yet). I can use the “design” argument with most people without having to explain the “preconditions of intelligibility.” This is a great advantage because there are some people whom I will never be able to explain the preconditions of intelligibility to. They won’t be able to take an intellectual “step back” with me and wrap their minds around the concept. So yes, I can use the easier to understand arguments for God, while at the same time presupposing the Christian worldview to myself all along. We would not even be able to observe God’s handiwork without first presupposing that our senses are intelligible, etc. I believe this is Frame’s greatest idea- that we can include classical approaches along with presuppositionalism.

All in all, I recommend this book for any of the positive reasons I have stated above. I would not endorse this book out of hand without directing the reader towards its useful elements however because I believe there are better books written on many of the other subjects discussed therein. If you are considering purchasing this book send me an email or message me if you would like further clarification of its usefulness.