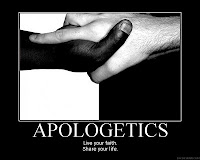 Although we here are the Lion’s Den love to recommend books and related materials, we also want to recommend their application. I’m referring to informal conversations and formal debates. Learning information can help you become convinced toward a position, but seeing that very same position under the tightest scrutiny can do far more. Not only can you learn how to argue for your worldview, but you will be strengthened knowing that it is in fact the correct one. One of the dangers of debates is the nature of the person debating. There are boring Christian speakers and charismatic atheists, and vice-versa. For this reason the debates and conversations below are fairly even. In other words, the antagonist and protagonist are relatively similar in interest. The advantage to the audio debates especially is that you can listen to them in your car during your commute to class or work. I sincerely pray that not only do these examples help you in your witness, but that they inspire you to use what you learn in conversations with others. (Simply click the titles to listen)

Debates between professionals are great to watch because you can see the best compete with the best. Those who have risen the farthest in understanding how to communicate their positions are pitted against each other to see which idea truly holds water. Most of us will never participate in a debate like this, but they do serve as a good training ground.
Greg Bahnsen vs. Gordon Stein
Among presuppositional apologists, this is perhaps the most famous and admired debate of all time. Although the audio quality isn’t that great, the content is priceless. The Youtube version is a little clearer (although the beginning is missing for some reason). A transcript is also available here. During the first round of cross-examination Bahnsen literally shut Stein down when he got Stein to concede that the laws of logic were conventional and not universal. I’ve listened to this debate twice, and will probably listen to it again at some point just to learn better the terms and tactics of Bahnsen.
Greg Bahnsen vs. George Smith

The Bahnsen/Smith debate took place on a radio program which is quite convenient since the entire episode is like one big cross-examination. The listener gets to hear how a Christian can defend his faith on his feet without a prepared speech. Towards the end Bahnsen presses an atheist caller to give him an example of where the laws of logic exist. The reaction is somewhat humorous, albeit sad at the same time. The atheist has no way to account for logic yet he uses it all the time. Let us never view the atheist as the enemy, but rather as the mission field.

Doug Wilson vs. Christopher Hitchens
This debate will no doubt be one of the most entertaining debates you’ve ever watched because it’s a movie. Collision is a documentary of a tour Doug Wilson and Christopher Hitchens went on across the country. Some clips are in bars, some in colleges, some during lunch, some in car rides, etc. Again, Wilson does a great job remaining consistent in his defense of the Christian Worldview. The movie is humorous, witty, and educational.
Sean Mcdowell vs. James Corbett

The topic for this particular debate was “Is God the source of morality?” Mcdowell does a great job breaking the topic down into simple terminology for the average Joe. I think by the middle of the debate it becomes clear who won. Corbett’s strategy turns into “let’s pretend to not understand what Mcdowell’s talking about.”

Man on the Street Debates

My favorite debates are the ones that happen all the time between non-professionals (i.e. those who don’t write books or speak for a living). Living Waters has put out a couple videos in which the presuppositional apologetics is put to the test in the marketplace. These are examples of conversations YOU can have!
Chad Williams and the Laws of Logic
In this clip Chad Williams of living waters goes head to head with an atheist regarding the laws of logic. Where do they come from?
Mark Spence and Morality
Mark Spence- The Dean of the School of Biblical Evangelism- talks to an atheist about morality. How can someone believe it exists without the God of Scripture? What I love about both Chad and Mark is that they never loose focus of the Gospel. That’s the real mission! Apologetics is just a tool we use to get there.
Tags:apologeticsatheismChristopher Hitchensdan barkerdebatedefend your faithdoug wilsongeorge smithGodgordon steingreg bahnsenmark spencepresuppositionalSean McDowell