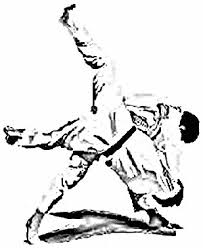 Using Nonbeliever’s Beliefs Against Them
By: Jonathan Harris

If you’ve been following the posts on this website lately you’ll notice a great emphasis placed on apologetics, specifically the presuppositional variety. You’ll know about the Transcendental Argument for God’s Existence and how to apply it.You’ll know how to use evidence and what kind of circular arguments are acceptable. You’ll even know how Scripture calls us to defend our faith and that obeying the great commandment demands that we do it presuppositionaly. I thought what may be helpful, exhilarating, and fun would be to demonstrate how we can use this knowledge when talking to nonbelievers.

Let’s start out by laying the groundwork for our methodology. Dr. Greg Bahnsen refers to the particular strategy we are about to learn as the “Don’t Answer, Answer Strategy,” and it comes from this verse in Proverbs 26:4-5 which states, “Do not answer a fool according to his folly, Lest you also be like him. Answer a fool as his folly deserves, Lest he be wise in his own eyes.” What this means, as I explained in a previous post:

Don’t answer a fool- someone who doesn’t fear God- according to his presuppositions (that truth can only be found through science, or that truth is relative, etc.)- instead, point out his folly. This is what Paul did at Mars Hill in Acts 17. He basically starts out by doing an internal critique of their worldview to show why it was wrong, he then offers the truth of Christianity.

Paul tells the Corinthians in 2 Cor. 10:5, “We are destroying speculations and every lofty thing raised up against the knowledge of God, and we are taking every thought captive to the obedience of Christ.” Notice the order here. The “speculations” are first destroyed, and then the thoughts are taken “captive.”

When the apostles and Jesus reasoned with a Jewish audience they reasoned from the Scriptures. However, with a gentile audience (individuals who don’t accept the Scripture as authoritative) we see that first their worldview had to be destroyed before it could be replaced by Christianity. This is because as Paul said, “we preach Christ crucified, to Jews a stumbling block, and to Gentiles foolishness.” To the Jews the crucifixion was a “stumbling block” because they didn’t anticipate it. They were looking for a conquering king, not a suffering servant. To the Gentiles however it was pure foolishness based on their dualistic philosophy.

I would like to suggest that most of the people we talk to are going to be “Greeks” and not “Jews.” They are going to be chained to some philosophy which does not take the Scriptures as authoritative. Of course, if we happen to be talking with someone who does (i.e. some Mormons, JWs, Jews, Catholics, Nominal Christians etc.) we should make every effort to show them where they have erred in their interpretation. Most of the time however we will be talking to those who do not believe in our source of revelation. How should we approach them? The answer? The same way Paul did at Mars Hill. We use the “Don’t Answer, Answer” strategy. 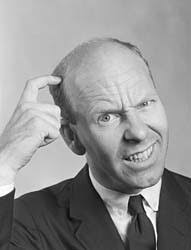 Every non-believing worldview eventually breaks down into a self-refutation. In other words, the nonbeliever cannot actually make sense of reality or live by his own stated presuppositions. He’s a “walking bundle of contradictions” as Cornelius Van Til liked to say. Our task is to identify these “contradictions” and point them out showing at the same time how our worldview accounts for the same basic assumptions without the contradictions. That’s why I call it “Jujutsu Apologetics.” Step one is using the nonbeliever’s worldview against itself. Step 2 is presenting the truth as the only replacement for the now defeated worldview. The point is, our worldview makes sense of reality, theirs does not.

Now learning to spot these “contradictions” may seem a bit hard at first. Don’t worry you’ll miss them sometimes and that’s ok! God doesn’t call us to be intellectual beyond our capabilities. The Holy Spirit does the real convincing. He only calls us to humbly evangelize and give answers for our convictions. Most of these contradictions will become easily spotable “self-refuting statements” with time and practice. A self-refuting statement is merely a statement that does not meet its own standard. The statement is automatically false as a result. Below I have listed a myriad of simple self refuting statements (though not an exhaustive list) and “hidden assumptive statements” (Yes, I’m coining terms now) and questions/statements you can ask in response when you hear them. These questions are designed to point out the unnoticed contradiction. My advice would be to read the statement first and then see if you can spot the hidden “self-refutation.” Then see if your response matches the one I’ve given. Perhaps you have better responses than I do. If so, leave me a comment! I’d love to see what you got. One last thing before we proceed. Remember, our job is not to destroy the nonbeliever’s worldview and leave him or her with nothing but our prideful smirk. Our job is to show them that Christ is the “way, the truth, and the life.” So don’t forget that this is only a tool to break the hard-shell of the nonbeliever’s pride so the Gospel can penetrate the heart. Enjoy!

Statement: “There are no Absolutes!”
Answer: “Are you absolutely sure?”

Statement: “It’s impossible to know anything for sure.”
Answer: “Are you sure you know that?”

Statement: “No one should be judged for their lifestyle”
Answer: “Is that your judgment regarding those whose lifestyle requires judging?”

Statement: “You can’t just align yourself with a dogma”
Answer: “Are you aligned to that dogma?”

Statement: “No one can define ‘God.'”
Answer: “Is that your definition for God?”

Statement: “There is no right or wrong.”
Answer: “Is that right?”

Statement: “Don’t be dogmatic!”
Answer: “Are you being dogmatic?”

Statment: “Nobody’s right”
Answer: “Are you right about that?”

Statement: “Science is the best (or only) way to determine truth.”
Answer: “What scientific experiment proved this statement to be true?”

Answer: “Is that your philosophy for science?”

Statement: “We can’t know anything apart from experience.”
Answer: “How did you experience this statement?”

Statement: “All knowledge is confined to the realm of experience” (Immanuel Kant)
Answer: “Have you experienced all knowledge?

Statement: “Everything is an illusion.”
Answer: “Is that statement an illusion?”

Statement: “We must lose our desires.”
Answer: “Is that your desire?”

Statement: “Life has no meaning.”
Answer: “Do you really mean that?”

Statement: “There is no such thing as truth”
Answer: “Is that the truth?”

Statement: “I believe in nothing.”
Answer: “Is that something you believe in?”

Statement: “Every assertion is false.”
Answer: “Is that assertion false?”

Statement: “There are no rules”
Answer: “Is that your rule?”

Statement: “The whole world is an illusion”
Answer: “Is your statement an illusion?”

Hidden Assumptive Statements
I’m coining the term “Hidden Assumptive Statement” to refer to statements that are self-refuting yet the refutation is not as obvious from the statement itself. It takes a little more explanation to show why these statements are false on their own merit, but they are just as wrong, even if they are not quite as easy to spot. Instead of asking a question, usually you’ll be making a statement, and instead of appealing to a stated presupposition usually you will have to appeal to presupposition common to humanity but left unstated in the statement itself.

Statement: “All things are relative.”
Answer: “If all things are relative then so is your statement. In which case I have no reason to believe it.”
Statement: “All opinions are equally valid.”
Answer: “My opinion is that not all opinions are equally valid. Is my opinion valid. If it is, then the statement is false. If it’s not, then the statement is still false.”
Statement: “Your truth is different than mine.”
Answer: “My truth is that your truth is wrong. Is my truth wrong?” (Usually with this type of objection making it real is important. Give an analogy such as, “If you jumped off a building and believed gravity wouldn’t pull you toward the earth would you not hit the ground?”)

Statement: “No truth is unchanging.”
Answer: “So the statement you just made is changing and may not be true tomorrow.”

Statement: “There are no laws of logic”
Answer: “Martians store ponies 3 dollars cackle feathers” (i.e. answer absurdity with absurdity) or “Did you use logic to arrive at that statement?”