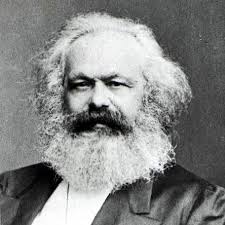 Communism and the Occult: A Review
By: Jonathan Harris

Just last week I had the privilege of reading Richard Wurmbrand’s book Marx and Satan. It actually was not a book I knew about, found, or bought. I was sent it free of charge from Voice of the Martyrs, an organization that the late Richard Wurmbrand started in order to raise awareness on behalf of the persecuted church. At the time the Martyrs magazine was started in 1967 communism was the cross the church was forced to bear, especially in the Soviet Union and Far East. Although Islam is the major threat now, we must not forget the pastors and Christians in Africa and South America still being persecuted under communist regimes. Richard Wurmbrand himself was imprisoned for a cumulative of almost 9 years, 3 of them in solitary confinement in Romanian prisons. In 1977, 15 years after receiving amnesty, Wurmbrand published his historical account of communism’s Satanic history, Marx and Satan

. The work, being only 133 short pages, leaves much scholarship to be desired. I would have to say the information within gives just enough information and leads to convince the reader of one thing: The occult had some prominent influence on the lives of the major communist leaders through history. Wurmbrand mainly focuses on Marx and Engels, but also spends some time on Joseph Stalin and Lenin, giving dishonorable mentions to Mao, Ceausescu, and Andropov. Despite the lack of information however, this is a very important work, and will hopefully generate scholarship in the future to reinforce its claims. Wurmbrand writes:

I do not claim to have provided indisputable proof that Marx as a member of a sect of devil-worshipers, but I believe that there are sufficient leads to imply this strongly. . . I have provided the initial impulse. I pray that others will also continue this important inquiry. . .

Here are just a couple of the leads Wurmbrand gives us. Some of Marxes early poetry and writings (as well as Engels) reflect a deep Christian piety, but this devotion was short lived. When Marx started maturing he wrote, “Then I will be able to walk triumphantly, Like a god, through the ruins of their kingdom. Every word of mine is fire and action. My breast is equal to that of the Creator.” Such words are reminiscent of Satan’s words in Isaiah 14:13. Marx’s poem Oulanem (An inversion of Emmanuel. Inversions are common in Satanic worship.) describes what is believed to be the rites of higher initiation in Satanist cults. Marx rejoiced over the death of his relatives (quite literally), read demonic stories to his children, shirked his fatherly responsibilities, had affairs, etc. It’s no wonder most of his children committed suicide. After Marx’s death, his maid observed that “He was a God-fearing man. When very sick, he prayed alone in his room before a row of lighted candles, tying a sort of tape measure around his forehead.” Marx was not a Jew, or a Christian. Who was he praying too? The book shows that this closely resembles a Satanic ritual. Could it be that Marx was a Satanist? Marx’s wife addressed him as a “high priest  and bishop of souls.” According to Wurmbrand’s work, Marx’s daughter Eleanor actually married a Satanist, Edward Aveling. Curiously, Marx’s appearance is an exact match with the appearance of followers of the high priestess Joanna Southcott who’s followers, some sixty years after her death in 1814, wore beards just like Marx’s and preached socialism. Marx’s reference to Robin Goodfellow, as being credited with the revolution’s success, is actually a reference to Satan himself in the literary world. One of the most curious things to me was the fact that only 13 of over 60 of Marx’s writings are actually published. The rest have apparently been kept hidden by the Soviets. Why is this? Could there be more information damning Marx that we don’t know about? We could go on with these inferences, and provide even stronger ones for other notable communist leaders, but that would make the book obsolete. Even if Marx was not a Satanist, we know that Satan used him mightily by rejecting the Biblical ideas of private property.  So if you want to look into a true mystery of history that’s being largely ignored, order your copy today! And if you’re a historian, start researching these connections further! Click on the link above to order yours.