Murder for the Sake of Convenience? 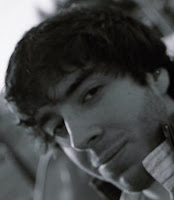 When it comes to abortion, you can probably guess my viewpoint, but I would like to address a little debated aspect of the argument concerning this issue. It is in regards to attitudes present in this culture- the justifications and outright apathy (it terrifies me). Given enough time, just what are we as humans capable of? Allow me to explain.

Not so long ago in an undergraduate medical ethics class at Marist College (which is supposedly Catholic by the way) we addressed the issue of abortion. Basically, the majority of the students came to the conclusion that prior to 8 weeks it is difficult to determine whether the embryo was truly a “living” human being. Logic would have then dictated, it would seem, that one should err on the side of human life and due to the uncertainty, treat the embryo as a growing person.

Apparently this mattered not to 90% of my classmates. Incredulously, I began to further inquire and push the envelope, systematically adding weeks to the embryo’s (and eventually fetus’s) life and becoming more shocked by the results. Despite knowing full well the fetus was just as alive and living as you or I, almost the whole class was still willing to do away with the child. Thankfully they all agreed that just prior to birth it was wrong to abort.

I was stunned. It was at that point in my academic career that I lost all faith in human logic and humanity itself. Here were fellow biology students, immersed every day in the wonderful complexities of the world, the human body, and life itself, and yet so blind? We were no longer at the point of debating whether a fetus was a human being, we were all in agreement that it was; We were merely thinking up reasons for snuffing out that life for our convenience. 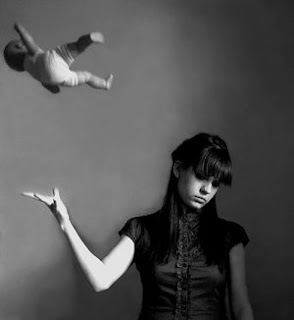 Why do we compromise truth and morality for the sake of convenience? Is it out of selfishness or does it stem from apathy?

Given enough time it would seem any heart can be hardened, any mind calloused; all it takes is just tiny changes as we little by little become acclimated to immorality. It would seem that so long as the benefits outweigh what is right, then it is perfectly acceptable to do wrong. This growing trend appears to be true of just about every aspect of our lives, and most unfortunately, now including the abortion issue.

Some of the “conveniences” of allowing abortions seem to fall into two main categories (granted there are more, but most of them are completely ridiculous).

1. Ability to care for the fetus, post birth
2. Usage of the embryo/fetus in Scientific Research

Concerning the ability to care “excuse” (yes, I am calling it an excuse), it boils down to justification for killing based on the fact an unexpected new life will make things “difficult” and “get in the way” of one’s lifestyle. Quickly kill it before it gains humanity-or even after! What does it matter so long as I am not inconvenienced! Ridiculous.

Concerning the usage in scientific research, the argument boils down to potential lives saved through medical research using aborted embryos and fetal tissue. Yet, might I remind the reader these are potential lives saved at the cost of actual lives. Furthermore, these actual lives are never given the chance to decide for themselves whether this sacrifice is merited.

Again, is it apathy or selfishness that leads humankind to make justifications for what is wrong? I think I’ll just chalk it up as sin nature, so really it shouldn’t come as much of a shock.

Ephesians 4:18-19
They are darkened in their understanding and separated from the life of God because of the ignorance that is in them due to the hardening of their hearts. Having lost all sensitivity, they have given themselves over to sensuality so as to indulge in every kind of impurity, with a continual lust for more.