Resurrection: HEART of the Gospel

Jesus’ resurrection is the HEART of the gospel. Without it, our own bible scoffs at us (1 Corinthians 15). Without it dear friends, we’ve been deceived by the biggest hoax of time. Christianity stands or falls on the answer to the question: “Did the historical Jesus physically rise from the dead?”

Is there evidence for this event in history? Well, if we’re going to argue for the Resurrection, we should first demonstrate that Jesus actually died. Then we can discuss whether or not He rose from the dead. 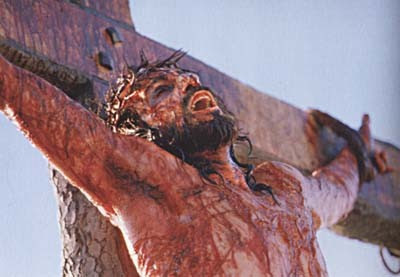 1) Even before Jesus was crucified, He lost a LOT of blood. The Roman floggings were terribly brutal, much worse than a modern day flogging. This is a quote from a medical doctor cited in The Case for Christ:

“Roman floggings…usually consisted of thirty-nine lashes… The soldier would use a whip of braided leather thongs with metal balls woven into them. When the whip would strike the flesh, these balls would cause deep bruises or contusions, which would break open with further blows. And the whip had pieces of sharp bone as well, which would cut the flesh severely. The back would be so shredded that part of the spine was sometimes exposed by the deep, deep cuts. The whipping would have gone all the way from the shoulders down to the back, the buttocks, and the back of the legs. It was just terrible. …One physician who has studied Roman beatings said, “As the flogging continued, the lacerations would tear into the underlying skeletal muscle and produce quivering ribbons of bleeding flesh. A third-century historian by the name of Eusebius described a flogging by saying, ‘The sufferer’s veins were laid bare, and the very muscles, sinews, and bowels of the victim were laid open to exposure.'”

A person going through this would experience horrible pain and lose a tremendous amount of blood. That is why Jesus collapsed on His way to the place of Crucifixion and they had to find someone else to carry his cross. Jesus was already in critical condition even before He was hung on the cross.

2) After a person had been crucified, soldiers would trust a spear into a victim’s side to make sure he was dead. Physicians agree that blood and water flowing out is a sign of death. If Jesus was not dead, blood alone would have spurted out.

3) Soldiers would break the legs of the Crucifixion victims in order to speed up their deaths because it would be much harder to breath if the victim couldn’t push himself up. In the case of Jesus, when they came to him to break his legs, they didn’t–because they knew he was already dead. And with their experience, they would
have known whether someone was dead or not.

4) Pilate asked for assurance from the centurion that Jesus was dead.

5) He was wrapped completely in bandages and laid in a tomb.

No one was in doubt that Jesus was dead. Christ’s death by Crucifixion is acknowledged by Jewish and Roman historians. We mentioned this last time.

Hint: It has to do with proving the Resurrection.

If the disciples had really wanted to deceive the world, they wouldn’t have taught a physical resurrection! That needs proof! It would have been much easier to teach a non-literal resurrection. But they didn’t teach that, instead, they taught that Jesus literally, physically rose from the grave. This mean that there would need to be REAL proof for the Resurrection. The tomb, for one thing, would need to be empty. Empty Tomb:
1) The Jews through history have admitted that the tomb was empty. They only give reason for the tomb’s vacancy–belief in the empty tomb was assumed.

Trypho, a Jew, said in the second century:

“One Jesus, a Galilean deceiver,…we crucified, but his disciples stole him by night from the tomb, where he laid when unfastened from the cross, and now deceive men by asserting that he has risen from the dead and ascended into heaven.” (dialogue with Trypho, by Justin Martyr)

3) The other explanations for the empty tomb aren’t even reasonable. These are the three most popular:

A. The disciples stole the body.

The disciples would have to sneak by or overpower the Roman guard outside the tomb. If they stole the body, they died for what they KNEW was a lie. Can we trust the apostles to have told the truth? Look at this:

“Nothing in law so convinces court and juries of the truthfulness of a stor as the fact that a man’s life has been consistent with such story” (Henry Barnett, attorney)

The apostles’ lives (and deaths!) were consistent with their testimony to the Resurrection. Myth Busted.

B. Maybe the Jewish or Roman authorities removed the body.

Wha? If they removed it, why wouldn’t they have produced it for everyone to see? Remember, the Jews wanted to destroy what they thought was heresy; the Romans wanted to keep peace.

That was easy. The next is actually pretty comical.

C. It’s called the swoon theory. This is basically that Jesus never really died. Look back at that evidence for his death. After all he went through, how could he still be alive. EVEN IF he hadn’t died, but had instead survived in an extremely weakened state, how could this wasted leader have rolled away a huge stone and then convinced his followers (after he survived the ordeal) that he was Lord of Life and Victor over death. Can you imagine that? 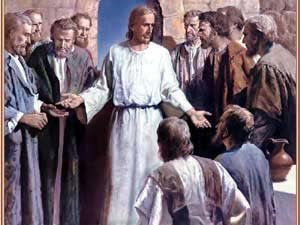 Appearance after the resurrection
1) In 1 Corinthians 15:3-8, Paul gives a list of some of those who saw Christ. This includes Peter, The Twelve, and 500 brethren at once, James, and Paul himself. Most of them were still alive when Paul wrote to Corinth. He wrote this list around AD 55, only 20-25 years after the Resurrection! You don’t mention 500 ALIVE eyewitness testimonies if the resurrection hadn’t happened. Seems like he was open to having his word challenged.

2) The Gospel also records the testimony of others who saw Christ after he had been crucified. Some of these were Mary Magdalene and other women. And why do we believe the testimony of these early Christians? ‘Cause these Christians risked their lives form what they said they saw, and many died for this belief. If the resurrection hadn’t taken place, they’d have known it and they wouldn’t have died for what they knew to be a lie.

Record of Women as the First Witnesses.

This point is stronger than it might initially seem. Remember I mentioned women were included among those who saw Jesus after He rose? They’re actually identified as those who every saw Jesus and the empty tomb. That’s of significance. A woman’s witness wasn’t respected in court in those days. They were not legal witnesses. They had a lower social status. If the gospel writers were making a story up, they weren’t doing to a good job. You don’t just make women be the first witnesses of the empty tomb and Jesus. 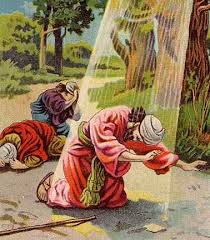 Transformation of the Disciples.

Peter: He was transformed from a cowardly denier of Christ to a courageous proclaimer of the Resurrection.

Paul: The greatest antagonist of Christianity became the its greatest advocate.

James, Jesus’ brother: A skeptic of his half-brother until the Resurrection; afterwords he became the leader of the Jerusalem Church.

Each of these men had nothing to gain of the Resurrection were false.

Just a quick reminder of the five points

Lets make a few inferences from this:
1) Jesus is ho he claimed to be–the Son of God, God in flesh. Only God has the power to raise the dead and I’m pretty sure He wouldn’t resurrect a blasphemer of that magnitude. We’ll later show that Jesus did make the claim to be God.

2)It confirms the Atonement:It gives validity to Jesus’ claim that His death would “ransom many.”

3)It shows He can overcome Death. It suggests he’s able to give the same life to His followers like he promised.

I hope that was really cool. At school I tend to be overwhelmed from every single possible angle with secularism humanism evolution and an onslaught of every worldview except my own. It’s always all around me. Being so alone, one tends to think “Am I wrong? Could I be wrong?” All I have to do is remember these apologetics and I’m reminded that God, in flesh, came upon the world and died–and came back to life. This was no hoax. We have not been fooled. I hope that’s not only comforting for you too, but that you’ll be able to share what you’re learning here with others.