A Gift From God
By: Jonathan Harris

The topic of “sleep” is particularly relevant to college students. I remember two summers ago Pastor Rick Holland telling the college/carrier Sunday school class at Grace Community Church that the number one problem facing college students is that they stay up too late. Whether you or I would rank sleep deprivation as the biggest problem among young adults may be up for debate, but the fact remains that sleep deprivation is a big problem.

My thinking has fluctuated on this topic over the years. I of course, like many individuals my age, love to get a good night’s sleep. I, also like many contemporaries, don’t always get it. Why? Because I’m so busy with school, work, ministry, etc. I remember in law school orientation my professors taking it for granted that the first-year students wouldn’t get a whole lot of sleep. It was around this time when I was also finishing the book When I Don’t Desire God by John Piper. Overall, it’s a great book and I highly recommend it. Unfortunately, there was one section toward the end in which Piper quotes Puritan William Law who says, “sleep is . . . a dull, stupid state of existence.”

If we look to the example of Jesus we see He sometimes even prayed all night. Was sleep important to Him? This combination of influences led me to believe that sleep wasn’t really “that” important. In fact, I thought it was more pious to lack sleep. It became in my mind one of those “if I have time” type of things. After all, I can get more done if I have more hours available to me. Unfortunately, I couldn’t have been more wrong.

In Craig Lambert’s article in Harvard Magazine, Deep Into Sleep, we find that sleep is an essential function for life itself. The average American adult today only gets 6.8 hrs of sleep a night; more than an hour less than what’s required. Associate Professor of Psychiatry Robert Stickgold, claims that “Sleep deprivation doesn’t have any good side effects.” Professor of sleep medicine Charles Czeisler has studied the effects of sleep-deprivation finding that it promotes hyperactivity in children and decreased productivity in adults. The problem can be explained better by first understanding circadian rhythms which “are internal periodic rhythms that control many things like body temperature, hormone levels, sleep and wakefulness, digestion, and excretion.” Messing with these hormonal cycles essentially lead to many negative consequences including weight gain, lack of motor skills, insulin resistence, and glucose tolerance. In fact, “Being awake more than 24 hours impairs performance as much as having a blood-alcohol level of 0.1 percent—which is legally drunk.” All that to say, God gave us sleep for a reason.

Can it be said that while God is for sleep, He’s just against too much sleep? I think the answer is yes. Proverbs 6:9-11 says,

How long will you lie down, O sluggard? When will you arise from your sleep? A little sleep, a little slumber, A little folding of the hands to rest”– And your poverty will come in like a vagabond, And your need like an armed man.

This admonishment must also be balanced with what the rest of the Bible says about sleep. Proverbs 19:23 states, “The fear of the Lord leads to life, So that one may sleep satisfied, untouched by evil.” Also, Psalm 4:8 says, “In peace I will both lie down and sleep, For Thou alone, O Lord, dost make me to dwell in safety.” As we can see, there is an element of vulnerability that comes with sleep and it is the fear of God that protects us from our enemies allowing us to rest. This is why it was so significant for Christ to be deep in sleep on a boat as the disciples were frantically battling a storm. God is not against sleep by any means. After all, it was He that rested on the 7th day. However, God is against idiolatry and sleep can easily become an idol (When Christ prayed all night He was putting His relationship with the Father above rest). I think most of us know when we’re taking more than we need. Perhaps after we’ve gotten our 8 hours (some people can function on less) and the alarm clock goes off, just staying in bed as long as possible is a bit on the obsessive side. It can be a side-effect of not wanting to face reality — of wanting to live in a perpetual dreamland other than the world God has created. It may also be a symptom of laziness. Just like money is a gift of God though the love of money is the root of “all kinds of evil,” so the love of sleep is sinful. That’s why Proverbs 20:13 says, “Do not love sleep, lest you become poor; Open your eyes, and you will be satisfied with food.” 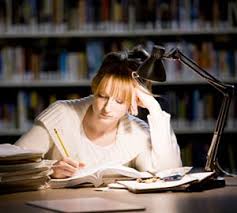 My overall point is this: College students tend to forget sleep either because they’re partying or studying (or a combination). This is not necessary or right though! There is nothing holy about lacking sleep. It is negligent to disregard the way our body is designed. It is true that since you are more productive after a good night’s rest, you’ll get about as much done on 8 hours of sleep as you will on 6; and pulling all-nighter’s will significantly reduce your ability to critically think. Be wise with your time so you don’t have to make the decision not to sleep! Value its importance and don’t ignore it. Sleep is a gift from God, and to reject the gift is to reject the giver.