Stephen Hawking’s new book The Grand Design certainly has caused quite a stir in the “pop-science” community. Newspaper and online profiles presented Hawking’s work as  ” new answers” to the “ultimate questions of life.” Unfortunately for both Hawking and Mlodinow, their work is hardly new. What we are left with after reading Hawking’s words is a theoretical atheistic framework that claims to explain the secrets of the universe without any real substance. In fact, the very first page of the book undercuts the very branch the rest of Hawking and Mlodinow’s thoughts are resting on. After listing a number of ultimate questions such as, “What is the nature of reality?” etc., the authors write:

Traditionally these are questions for philosophy, but philosophy is dead. Philosophy has not kept up with modern developments in science, particularly physics. Scientists have become the bearers of the torch of discovery in our quest for knowledge.

I see two problems with this statement. Firstly, science is not self-authenticating. Science relies on philosophy to justify its procedures. In other words, science cannot certify itself, it must appeal to something outside itself to be valid. There is no scientific experiment that can give credence to the preconditions of intelligibility (i.e. the uniformity of nature, reliability of sensory perception, reality of a moral law, etc.). On the contrary, an individual must first have a philosophical reason for believing these things to be true in order for science to even make sense. The second problem I see is a gross inconsistency. Hawking starts his book by bashing philosophy- ironically however- the rest of the book is pure philosophy. The arena of theoretical physics is not an exact science. Hawking himself admits he’s dealing with theories, not proven facts. Making the case that there are multiple universes is not something proven at all, yet Hawking relies on this principle to explain God away from His creation. 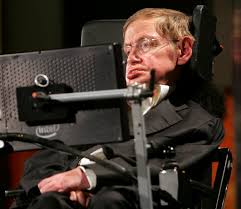 In the chapter The Apparent Miracle, the authors wax eloquent about “M-Theory,” a competing model of string theory which Hawking deems the “theory of everything.” Basically, Hawking and Mlodinow believe that every action that can possibly take place, does takes place. There is a universe in which the Confederacy won the War Between the States. There is a universe in which Marin Luther never nailed the 95 theses to the castle church in Wittenburg. There is a unvierse in which life cannot be supported. This is used to explain away any sense of “special design” in our universe. If there are an infinite number of possible environments, we shouldn’t be surprised that we happen to live in one which can support life and there exists an appearance of design. It should be noted however, this doesn’t alleviate the problem at all, it merely “moves it back one step.” There still must be a designer to produce the mechanism producing these imaginary universes. Also, M-Theory does not explain how something came from nothing. Hawking believes the big bang is the starting point, but if there was nothing before the bang, where did the matter come from?

Far from explaining God away, M-Theory- if it ever could be demonstrated to be true- would require the supernatural just as much as a strict Newtonian world. The Grand Design belongs to the Grand designer ultimately, and if anything, Hawking demonstrates the fact that God was right when He said that men “suppress the truth” even when it’s obvious.

For more of a critique on the Grand Design

from a Christian perspective check out the links below.