Is the cure worse than the disease? This is the question of our time, and continues to crowd the radio and television airwaves as well as cell tower and Wi-Fi signals. Over the last several weeks, the people of Planet Earth have entered into possibly the strangest and most bizarre period of their collective existence as countries throughout the world have raced one another to prove how prepared and powerful they are to lockdown their populaces to defend against an illness that few seem to understand or have any concrete answers to. As the questions mount (How long are we doing this? What are we waiting for to open up? etc.), the consequences of sequestering populations begin arriving in increasingly dramatic fashion. In countries like Australia, where Covid-19 infections and fatalities have remained fairly low, it’s being suggested that epidemic suicide may trounce any illness deaths[i]. Heart wrenching stories coming from third world nations speak to families and individuals already in danger of starvation being pushed to the brink[ii]. These are more dramatic examples, but don’t even scratch the surface of the billions of individual stories of economic hardship and ruin.
Despite the uptick in non-Covid related threats to life and livelihood, an extraordinarily reactionary segment of the public has become increasingly vitriolic in anti-opening rhetoric, at least in the West. In what has become typical irony, the political lines being rapidly scratched out are at least somewhat counter-intuitive (unless perhaps one looks closely at the greater issues at play). Those on the right are quickly latching onto the pro-opening platform, while those on the left seem to tend toward a – “lockdown as long as we need to” platform. What makes the drift toward the anti-opening position on the left so ironic is that the political segment of population that claims to be anti-corporate is supporting the most corporate advancing agenda in history. The same political segment spends much time bringing attention to the plight of the poor and middle class, while the lockdown policies being advocated affect these groups in unbelievably destructive ways. Again, the same political segment prizes immigration (legal or not) as something close to a religious sacrament, while advocating policies that have virtually ended immigration (for a fairly significant amount of time). 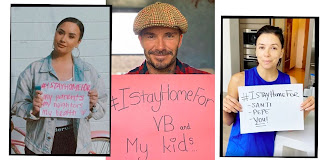 Many who are not on the left have grown particularly tired of being lectured, chided and harangued about privilege. After all, the great sin of the 21st century is the exercise of one’s racial, economic or social privilege, unless of course one gets out in front of it and confesses the sin by identifying these privileges. In light of this paradigm, it is indeed a strange and dizzying thing to observe possibly the greatest exercise of privilege in the history of mankind not even remotely being labeled as such. As the bulk of the world “locks down,” apparently none of the privilege police realized that a large percentage of this earth doesn’t have the personal infrastructure to do so in any sustainable way. To “shelter-in-place” assumes that one has a shelter, and many across this earth do not.
Strangely enough, despite the coming pestilence upon the poor, middle class and small business owners, the truly privileged have so far treated the Corona situation like a novelty. Celebrities posture for the government and tech companies by parroting “stay at home” catchphrases while showing us how to cook their favorite pasta dish. Late night hosts sacrifice their laugh tracks, and news anchors bravely broadcast from their basements. Politicians show us their favorite ice cream. Throngs of other privileged people who can afford to “stay home to stop the spread” repost memes making light of the first world problems they experience while staying in their 3,000 square feet dwellings. Few to little “privilege confessions” are made, after all, if staying home is a “heroic” act, these are our intrepid models.
Unfortunately, many live in a completely different world. One where $1200 paid rent for the family for one month, and that’s just about it. Where life savings went to pay a small businesses’ three employees so they could continue to put food on the table. Where the closure of the local outdoor market means that the day’s catch can’t be sold, and no food will be able to be purchased for the foreseeable future. Where one’s dream that took decades to realize has gone completely up in smoke in a matter of weeks. 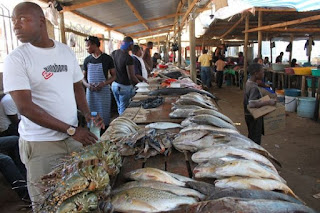 Those who are less “woke” know that being financially successful and having a social platform are not things to be ashamed of – they are blessings to be thankful for. Unfortunately, if there’s one thing that we’ve learned, it’s this: privilege, prestige and popularity fail to deliver one thing vitally needed at this time: perspective. Without this fourth asset, many will bitterly remember the Corona Crisis as the Privileged Pandemic.
[i] https://www.dailymail.co.uk/news/article-8293233/Far-people-Australia-predicted-die-suicide-coronavirus-lockdown.html
[ii] https://heartcrymissionary.com/mission-updates/suffering-upon-suffering-for-kenya/
Tags:Uncategorized