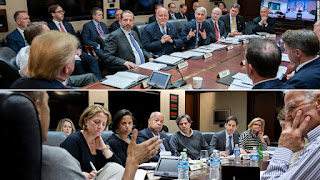 Every few years the perceived threat of a global viral pandemic finds its way into the top headlines of major news outlets throughout the world. Like gasoline on a fire, every miniscule and minute development serves to fan the flames of what sometimes becomes a growing panic. In the latest episode of this frequently re-run series, coronavirus has made its way out of China into at least (at the time of this writing) 16 countries, including the United States. Because of the political obsession of racial social justice present in discussions of just about any issue current to our collective discourse, there have been a number of murmurs and outright shouts as to the potential “othering” of Asians and Asian Americans in the discussion of how to handle the viral outbreak. In similar fashion, some major news outlets have seen otherwise completely trivial matters (like the ethnic backgrounds of those appointed by President Trump to deal with the US response)[i]as being paramount to the discussion of coronavirus. Staff at the New York Times decided that one of the main issues was the encroaching “xenophobia” towards those of Chinese and Asian descent throughout the world. Sundry other examples are apparent from a few minutes of online searches, the collective main point being essentially something like: “As coronavirus spreads, people are racists!!”

Before proceeding to an analysis of the “slightly-less-than-hinged” response to the public’s growing fear of coronavirus by much of the social justice concerned media, it is necessary and potentially helpful to consider just what the proper reaction to the sensibly concerned individual. As with all viral outbreaks there are always a variety of reactions, but many people fall either into panicked concern or flippant disregard, either extreme making some rather faulty assumptions. For those following the spread of the illness with an urgent anxiety, scrolling through live updates every few minutes, a reminder of man’s inevitable appointment with death is useful. There are countless sicknesses, diseases and conditions, and as to the chances of meeting an end from one of them, both sides of the coin are heads. This does not mean that there should not be cause from for concern, but concern should be balanced with knowledge that disease is normal, flu is normal, etc. While it’s necessary to take precautions, merely being alive is a risk in of itself, and no one can add a day to their lives by worrying about the new threat to their mortality. Calm attention is to be prized above obsession and more likely to be useful should things really go south (or east in this case). 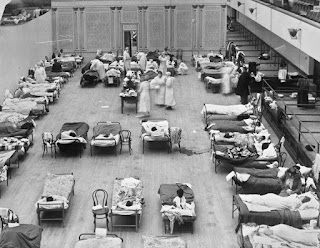 For those who approach the outbreak of a “new” sickness with the flippant mockery of those who are concerned, a brief history lesson is necessary. Late in 1918, World War I came to close, and millions of young men returned from Europe, Africa and the Middle East to their respective nations. What happened next was one of the greatest disasters in human history. Infected with a strain of H1N1 flu, the young men infected their home countries at an unprecedented rate. In early 1919, the world fell ill as between 1/3 and 1/2 of the entire planet contracted the sickness (the actual total number is impossible to know). While death rates range from 50-100 million people (roughly between 5-10% of the world at the time)[ii], more remote regions were hit especially hard (for example, Pacific islands), some experiencing as much as a 50% death rate. What is the point? Epidemics happen and on occasion achieve global reach, effecting, impacting and even annihilating human life. While hysteric interest should be discouraged, calm preparedness is absolutely necessary, warranted and wise.

In a bizarre confluence of time, space and the fact that 2020 is at the precipice of strange belief systems and points of view, there is a third, rather prominent, position among the betters of our society. This popular and very much “woke” view is that the coronavirus outbreak is not so much about individuals and societies throughout the world becoming sick and dying of a viral infection, but more importantly about the “systematic oppression” integral to Western nations by their barring people from other countries who might bring the virus with them on their trip here. The governments are deemed racist. Any reactions of concern or fear towards Chinese visitors by local communities around the world comprised of people concerned about the virus are identified by the woke media as “xenophobic” (while simultaneously fanning the flames of panic by reporting every minuscule detail about the outbreak). The local people are deemed racist. 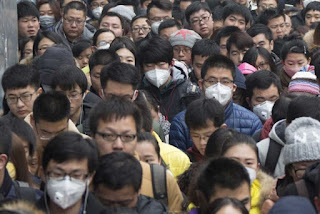 A particularly blatant example of this can be seen in the New York Times article, “As coronavirus Spreads, So Does Anti-Chinese Sentiment” [iii]. (Take note of the aptly named URL “coronavirus-chinese-racism”). The article states: “in a suburb of Toronto, parents demanded that a school district keep children of a family that had recently returned from China out of classes for 17 days.” One wonders if the author of this article, who has just theoretically painted a small horde of parents as xenophobic racists, put any thought at all into this example before sending it to print. How many of the parents sending their children to an enclosed building where sicknesses typically spread like a California wildfire were presumably motivated by a deep mistrust and xenophobia of Chinese people? Would it have mattered if the family returning from Wuhan, China was Caucasian? Were the parents suddenly possessed by “anti-Chinese-sentiment,” or were they possessed by a concern and care for their own children being in a building for 7 hours a day, 5 days a week that was potentially anything less than safe? Are groups of parents of children in Toronto public schools a particularly racist demographic? Have they considered the social justice implications of “othering” the Chinese minority in Toronto?

Another example coming from The Guardian states: “Outbreaks of xenophobia in west as coronavirus spreads.” One can’t help but wonder if the writers knew just how much their headline was dripping in irony. The article similarly lists out examples of racism perpetrated by worried locals throughout the West, but what the authors (and seemingly much of the rest of the woke media) deem as the real illness is evident in the title: xenophobia. The basic premise coming through seems to be this: whatever threat coronavirus is to the world there is a greater threat in racism. As the illness spreads across the globe it merely serves as a catalyst for the greater illness of racism to rear its ugly head. While commenting on how the perceived threat of people from a specific place caused them to be mistreated or mistrusted may be novel material for the history books, it seems a strange place to immediately jump to as a potentially dire situation starts to take shape.
What Matters? Social Justice. 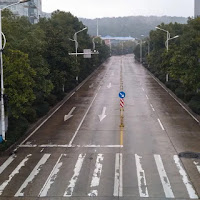 It would be preferable if concerns about social justice were confined to the macro issue of concern about people coming from Wuhan, China to other parts of the world, but as seen above, it extends to the color of skin the people have that are briefing President Trump on the situation. As seen time and time again over the last several years, the social justice worldview is all encompassing. It doesn’t matter what the issue is: the threat of a pandemic, a global military conflict, population displacement from natural disaster, the property tax rate in a suburb of Houston, the name of the local library and the person hired to work the front desk, an asteroid hurdling towards earth – all that matters is the color of skin, ethnic origin and perceived sense of disenfranchisement of those involved. Critical details don’t matter. Important information is unimportant. Only the ability of the reporter, columnist, academic or politician to provide a grandiose indication that they are currently the “wokest” matters. This is irrespective of one’s profession or responsibility toward the issue at hand – as long as they are identifying and advocating for social justice, they are working for the moral good. But out here in the real world, there is more to it than just race. There are even issues at hand bigger than racism. Thankfully, many of our world leaders don’t have the time or patience to make sure all their decisions meet the impossible standards of social justice mob. We can only hope and pray that it remains that way.