A Compassionate Argument for a Strict Border Part 2: Incentives

In the previous installment we looked at the some of the issues that arise for immigrants to the US when assimilation does not take place. In this installment we will further develop the idea that strict border policy is 1) more compassionate than loose policy and that 2) incentive is the key to understanding this.

Let’s consider the incentive to illegal immigration specifically. Why is the border policy advocated by those on the left cruel to illegal immigrants? It’s not just because illegals are afraid to use public services (they do, especially in sanctuary cities/states), it’s not just because of the risk they take in “sneaking in.” It’s because those advocating a less strict border policy generally don’t actually care about the people 1) who already live in the US or 2) those in other nations desiring to come here. How do we know?

It’s actually very simple when you turn off the emotional overdrive for 5 seconds. Let me break it down: Immigrants who come to the US are not the poorest of the poor. We know this because they are able bodied enough to migrate, work and often travel back and forth between two countries. The extremely poor and sick are not able to move from where they are, and thus must be helped where they are. This can be done 3 ways: 1) a migrant comes to the US, works and sends money home; 2) people from the US or other more wealthy nations send money or go and personally assist the poor and needy themselves or 3) the situation in that country improves and people are less incentivized to leave. When the US government relaxes border policy it follows that an incentive to physically abandon a nation is created – those who cross the border illegally may be responsible for breaking US law in coming the way they do, but they are not responsible for the incentive that was created by the relaxed law, sanctuary cities and worst of all, entitlements that destroy personal industry. We typically only hear how illegal immigration hurts US citizens, but if we really cared about all people, we’d also talk about how it damages the illegals themselves, and worse, their countries of origin. 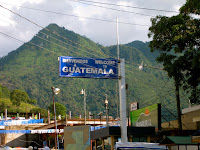 Once someone comes across, they are often separated from their family for long periods of time – often leading to a breakdown of the family structure. Marriages destroyed, children growing up with profound insecurity (I would know, I work with these families). But worse than that, the incentive to leave the mother nation means that there’s no incentive to stay and try to improve the situation there – “staying’s worse than leaving.” No argument has to be made for the problem of criminals coming to the US illegally, but what about the consequence of drawing productive members of society who now will never improve their own? You should be able to see that incentivizing for example, an El Salvadorian to come to the US illegally, has nothing to do with compassion for the people of El Salvador. Furthermore, it’s well known and observed that the multi-cultural “culture” of nations like the US render the cultures of immigrant children after two or three generations to be little more than a smattering of words from the first language and a few “ethnic” recipes, and therefore is culturally destructive (NOTE: I’m not arguing that this is a bad thing, but it would/should be for an ardent and honest multiculturalist).

Again, this is not necessarily meant to blame those who come – those who want to work hard to make a better life for their family should be respected, but would it not be more desirable for the immigrant to be able to stay in the country that he/she loves, if possible? Many, possibly most immigrants would prefer to stay in their countries (after all, many choose to keep displaying the flag of their home country when they make their home here) – their homeland is the place they’ve been born into, their grandparents were born into, that represents their culture, etc. – the land and culture are immensely important. Why incentivize individuals from other countries to come to this one and call it “compassion?” It’s hard to think of something less compassionate than to incentivize people with free stuff (sanctuary cities, entitlements, etc.) to abandon their struggling country for another one, the only benefit to the mother country being money sent home to family still in that country.

As the impact of illegal immigration on US citizens and those trying to come to the US legally is usually the focal point of conservative narratives on immigration in general, there is little point in reviewing them. The fixes to this broken system are fairly simple– build the wall, enforce immigration laws and most of all, and terminate entitlements, especially for “undocumented immigrants.” Enacting these polices would be good for those living and coming to the US, but as indicated above, they would also benefit those currently incentivized to come to the US illegally. In the next installment we’ll consider ways to show legitimate compassion to immigrants, both legal and illegal.