What Should Happen to Your Body After Death?
By: Jonathan Harris

Perhaps to some the question of, “What should happen to my body after I die?” is a rather morbid one. After all, who wants to think about death? Still it is an essential one. We all will die one day- if Christ doesn’t return before such a time- and we ought to at least have given a little thought to what God demands of us on this earth after death. Obviously our spirits will be in heaven glorifying Him- what a wonderful thought!- but that which remains on this earth will be our only lasting legacy with the living. In our culture two main options exist: cremation or burial. Dr. Albert Mohler, president of Southern Baptist Theological Seminary, is a strong advocate of burial over cremation. In a 2005 article Mohler wrote:

The early church rejected the pagan practice of cremation because of a belief that the body is to be respected. The early Christians observed the Roman pattern of cremation and agreed that it represented an intentional destruction of the human body — a belief that conflicted with the believers’ understanding that death was to be understood as sleep, and that the dead are awaiting the resurrection to come. There is no question that God can and will resurrect all human bodies on that day — no matter the disposition of the body. The primary issue was and is a proper Christian respect for the body as the temple of the Holy Spirit. 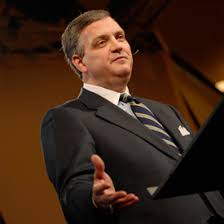 The good doctor was writing in response to a new trend in the state of Colorado towards cremation. The Denver Post presented this new development as a rejection of historic Christianity. It is true that that throughout both testaments of the Bible we do see burial as the common practice among the people of God (Gen. 23:19, Matt. 27:60-66), and wherever burning a human body is presented it is within the context of a pagan practice (2 Kings 21:6, 2 Kings 23:16-20). However, in the same token we don’t see any prohibition against cremation. After all isn’t it in the end “ashes to ashes dust to dust?” And will it really be any trouble for the God of the universe to resurrect any body no matter what the condition?

In the end this question is without a clear command and therefore deserves to be left up to Christian liberty. Still, I would advise a proper “Christian burial” for the following reasons. Firstly, even if it is not a sin, the example of Scripture presents burying in a more positive light. Secondly, a properly engraved tombstone and location of burial will allow for a perpetual place of remembrance of God for both the saved and unsaved. Thirdly, burying represents death in a very real way contrasted with cremation. After cremation is finished if the ashes are saved they don’t really resemble a human body. If they are not saved then there is no lasting reminder of the curse of sin.

No matter where you come down on the issue however it’s important to have grace with others. Remember, this is a very sensitive and intimate subject to deal with and for those who have lost a loved one, should only be made after deliberate prayer.