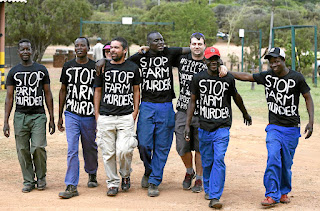 Many have heard by now the astonishing decision by the South African Parliament last week to give the go-ahead for land seizure of white-owned farms without compensation. While the decision must go under constitutional review, the very fact that it is a consideration should be morally appalling to South Africans and the rest of the world, regardless of political affiliation or the color of one’s skin. Why? Because the decision to take white-owned land is inherently anti-Christian. What makes it anti-Christian? Well, let me explain by briefly laying out some of the presuppositions behind land seizure, and then I will lay out why these presuppositions do not fit into a Christian worldview.
1) The problems that South Africa faces are due to a legacy and a history of oppression by white colonization.
This is the most frequent assumption behind justifying land seizure or policies like BEE (Black Economic Empowerment). The assumption is founded in the faulty belief that the “white races” of England and Holland brought only terror and oppression to South Africa and that historic mistreatment is to blame for all current problems. While it is no doubt correct that there have been countless instances of mistreatment by whites upon blacks (and vice-versa) since Bartholomew Dias landed on Dias Beach in the 15th century, it is utterly flawed to assert that only oppression has been brought. How do we know? South Africa has long been the beacon of light on the “Dark Continent,” never having experienced much of devastating civil war and genocide that nations throughout Africa still experience. This is not due to the fact that the explorers who came to South Africa were white, but it has everything to do with the fact that they were typically Christian and their culture had been influenced as such for the better part of a thousand years. If one surveys World History they will come to find that a nation’s freedom and prosperity is directly proportional to its Christian influence. It is because of a Christian influence and the application of a biblical worldview that South Africa has been so prosperous despite being oftentimes ruled by unchristian leaders and policies (for example, Apartheid). It’s also important to note that the forces that have dismantled oppressive policies in the midst of white rule were almost universally motivated by Christianity. To reject the ideas of the colonizers in general requires a reject of the worldview that motivated them to settle in South Africa in the first place – you must reject Christianity or distort it beyond recognition (as the Zion Christian Church and other cults like it have done throughout the last century and a half).

This presupposition comes in many forms throughout the world and is very easy to finagle into an emotional “that’s not fair” kind of argument. It is still true to this day that white people own the majority of land in South Africa while representing a small minority of the population. However, this is due primarily to commercial and game farming, both occupations and industries that are vitally important to the South African economy, and both requiring extensive land to accomplish. Quite frankly, the loss of these industries would spell perpetual economic doom for South Africa, as food is needed to live (and South African food is some of the best in the world, by the way) and the game farms provide much need economic stimulation through tourism. One need only to assess the history of Rhodesia/Zimbabwe to see this disaster in perpetual action. Aside from the economic disaster that will inevitably ensue, it should be recognize that forced redistribution of wealth in any form (including land) is not a Christian idea (no, Acts 2 does not endorse political redistribution of wealth). It is in fact, an inherently communistic and anti-Christian doctrine that flies in the face of almost anything that resembles good and decency as a blatant violation of the 8th Commandment and has played out in every corner of the world where it has been tried in miserable failure, usually resulting in a profound loss of life or quality of life. We must ask the simple question: should land or wealth be taken from one and given to another based solely on the color of skin of the involved parties? If so, how can this be biblically justified? Perhaps because the land was stolen to begin with by the ancestors of the whites? That leads us to our next presupposition… 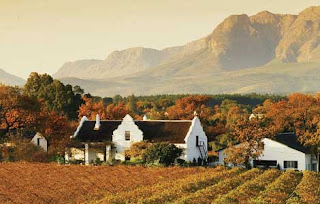 While I’m sure that someone could dig up some instances of land seizure by whites, typically land was appropriated by treaty with African tribes. The events that led up to the Battle of Blood River are illustrative of this (when the agreed upon treaty was not honored by the treacherous Dingane). The resulting victory by the Dutch Voortrekkers led to a lasting, though at times tenuous, peace with the Zulus. The long-term result of this “land grab” by whites has been the propagation of Christianity among the Zulus leading to many Christian strongholds in Zululand today. In a more general sense, the white settlers brought with them the idea of cash crops and livestock – this was not practiced by the indigenous peoples to any degree resembling what was common place throughout the Western World. The result of commercial farming (for profit) has been the economic betterment not only of those who run the farms, but also of the countless employees, many of them indigenous people who have benefitted from the increased standard of living. The consequence is that more land is currently in white hands in terms of acreage, but this will not be forever. As more black farmers learn commercial farming, the ratio of white to black farms will shift – but this must take time, not be forced, as noted above, the result will be an economic disaster. 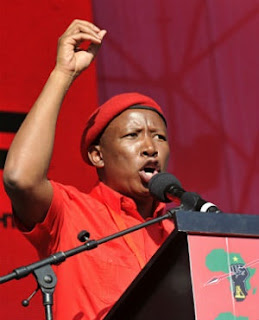 To seize land from whites will not solve a single economic or social problem that South Africa now faces. It will instead more explicitly mark an overall return to animistic tribalism – the darkness that the light of Christianity has exposed for several centuries in Sub-Saharan Africa thanks to the efforts of missionaries and subsequent African pastors. If a racist white person (of whom there are many) ever talks about the “eternal glory of whiteness” that has transcended the epochs, they are telling a rank and disgusting lie. Those who hail from a place of traditionally white complexion come from equally animistic, tribal cultures that once lived in utter darkness. Most of those traditionally “white” cultures are heading back to the pagan direction where they came from at the speed of a bullet train (for examples of this, see: United States/European popular entertainment and abortion statistics). Reverting back to pagan roots has done irreversible damage to the West – South Africa should learn from the examples of these nations. South Africa will not do itself a single favor by curtailing to the destructive racial Marxism that has already destroyed so much of Africa and the rest of the World. Only Christianity and an applied Christian worldview will bring peace, there is no hope in any other system or policy, not the least seizing land based on skin color.
Tags:david harrisfarm grabgenocidesouth Africawhite