On Rhett and Link’s “Deconversion” 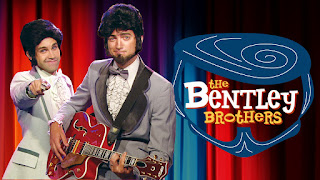 This is an interesting story in that at least under the radar, it appears to indicate how social justice contributed to these guys and their “deconversions.” As a (very) early fan of Rhett and Link, hearing this story was somewhat discouraging – however, after having mulled it over a bit, here are some points to consider (should you choose to listen to the whole podcast; the “social justice relevant point is number 4)
1. Rhett and Link have, from the very beginning of their comedy careers, been extremely cryptic about their religious backgrounds – we knew that there was some kind of Christian context (they did a video with Al Mohler and were featured on “What’s in the Bible” as musicians). It’s strange how suddenly they feel comfortable spilling all their doubts and actively advocating for agnosticism – this completely undermines the idea that Rhett tries to preemptively counter but he knows many will have – that they are causalities to West Coast/Los Angeles entertainment world cynicism and progressivism. Why not just remain cryptic and quiet? Are they running out of podcast ideas?
2. Rhett spends the beginning of his story basically giving an obligatory disclaimer that he’s “not here to judge,” then spends an hour and half literally judging millions of people for believing the Bible, believing in Hell, etc. – because he’s smarter and more moral (he doesn’t say these things outright, but it’s heavily implied).
3. (Warning: presuppositional apologetics incoming!) Rhett goes into great detail about specific “facts” and books that helped to confirm his doubts about Christianity, but never talks about how he knows that anything is true at all or why it matters that something is true or false. For example, why is Bart Erhman a trustworthy authority if not for his presuppositions about the Bible? Confirmation bias. If it’s not ok in Christendom, why is it ok in agnosticism?
4. If Rhett had stayed in the realm of science, textual criticism, etc., it would have been much easier to take his issues with Christianity seriously, but fairly early on in his story, he directly references WHITE PRIVILEGE as the reason why it hasn’t been as hard to deal with the deconstruction of his faith as it might have been otherwise – what in the world does white privilege have to do with losing your faith? Why is it easier to deal with because you’re “straight, white and male?” Rhett doesn’t want to get political (as that would alienate his audience even more) but he can’t help but hint at how influenced he’s become by progressivism, especially in Los Angeles (though he attempts to deny this).
They know the Bible. They were missionaries for a time. They know that like 1/3 of the New Testament is about false teachers/converts (yes, that was hyperbolic, it’s not actually 1/3). This is not meant to be a diatribe against them, but it’s also not fair to mask judgmental language with verbal homages to non-judgementalism. There’s an agenda being pushed and it appears to be, at least under the surface, dripping with social justice.
Tags:ChristianityDeconversionRhett and LinkWhite privilege