When should racism be preached against? 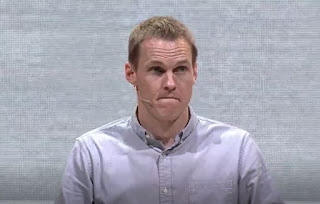 Some have rightfully asked, in light of the recent controversies over neo-Marxism at Together for the Gospel and MLK 50, “When is it right to preach about racism?” Here are some helpful thoughts.

1) First to clarify- the current controversy is not over “racism,” at least not in the way it is being portrayed by those on the left side of this issue. James White, Doug Wilson, Phil Johnson, and Todd Friel etc. deeply believe that it is sinful for someone to be devalued by others because of the level of pigmentation in their skin. They are NOT contending that the sin of pride as manifested in racism should be silenced from church discussions. They are reacting to a false gospel disguised as “anti-racism.” The false (neo-Marxist) gospel is the issue. Thabiti Anyabwile, David Platt, and Russell Moore on the other hand are comfortable painting “white,” “evangelicals,” or “reformed” people, as the case may be, as bearing the stain of the sin of racism due to their group identification. If either side is in danger of slipping into racism it is not those on the right.

“Ok, even if the current controversy isn’t over ‘racism,’ shouldn’t the church do something to address the topic?” The answer is of course, “Yes.”

2) The sin of pride, as it manifests itself in ethnic superiority, should be addressed when the Bible speaks on the issue (i.e. when a pastor happens to be preaching through a text that directly addresses the topic). Part of the problem plaguing the left is poor exegisis. Those who would have a conniptions if they were ever associated with theonomists, are perfectly fine using texts from the Old Testament that contain the word “justice,” and reading into that word a meaning previously only associated with socialist politicians. The allegedly “anti-racist” sermons being preached have next to no exegesis supporting their applications. When exegesis was offered up, for example by James White in his walk-through of Collosians 3, it was mocked and dismissed by Thabiti Anyabwile without any attempted alternative interpretation.

Moral of story- if you’re going to preach on anti-racism, MAKE SURE the text you’re using supports anti-racism. If it does not, you probably are not preaching on the topic you think you are.

3) Another time to preach against racism, provided the text supports the message, is when there is a sin that needs to be corrected within the church. The logical next question would be, “What constitutes evidence that Christians are engaging in devaluing other images of God due to skin pigmentation?” So far it has been suggested by the “racial reconciliationists,” that the failure of “white” people in the church to adequately stand against slavery, segregation, Donald Trump, and police brutality are evidence enough that the church must address racism. David Platt went so far as to suggest that the ratio of white to black people at Together for the Gospel was evidence that the church has a problem with racism. This is usually where heart strings are pulled and things get emotional.

•    It is true that horrible situations have occurred, and individuals professing Christ have at times been on the wrong side of these situations. That being said, what is the solution? The gospel would indicate repentance, forgiveness, and moving on. The “racial reconciliationists” demand more—racial quotas, perpetual corporate apologies for ‘privilege,’ and a whole host of policies that are more consistent with identity politics than with anything resembling Christian reconciliation.

•    The demand of those on the left in the neo-Marxist controversy is that apologies be made for past sins. Underlying this demand is the assumption that those with “white” skin are complicit in sins they never committed (nor did their ancestors in many cases) simply because they have “white” skin. (To give a very quick example- about 5% of Southern whites owned slaves, and it was probably a similar percentage of Northerners engaged in the nefarious “triangle trade.” Even if the Bible taught that slavery was a sin, “white” people at the time, many of whom were involved in progressive or immediate abolitionism, cannot be held responsible for being born into a culture in which slavery existed. Their great-great-great-great-great grandchildren less so.) By this logic every Christian who does not actively campaign to enforce immigration law is guilty of the crimes committed by illegal immigrants.

Moral of story- if you are going to use Scripture to correct a sin, MAKE SURE it is actually sin you are correcting. Conversely, if their is an ailment you want to address (for example- poverty, family breakdown, etc. in certain communities), and there is a sin(s) causing the ailment, make sure you correctly identify the sin which is at the root! To misdiagnose a problem, and forcefully place a burden of sin on those who are not directly responsible for the problem, does NOT help those you think you might be helping. For example, if family breakdown in inner city communities can be tied more directly to fathers disregarding their responsibility in those communities, and government welfare policy encouraging such sin, preach against the ACTUAL issues from the passages that address them.

4) Racism should be preached against when it is a paramount not necessarily when it is peripheral. There’s an old Lutheran quote which states:

If I profess, with the loudest voice and the clearest exposition, every portion of the truth of God except precisely that little point which the world and the devil are at that moment attacking, I am not confessing Christ, however boldly I may be professing Christianity. Where the battle rages the loyalty of the soldier is proved; and to be steady on all the battle-field besides is mere flight and disgrace to him if he flinches at that one point.

The Together for the Gospel Conference was held a few miles from an abortion mill where I’d like to note, if national statistics prove to be true, three times as many black children are being murdered as compared with white children. California is contemplating making conversion therapy a punishable offense. This means pastors who attempt to help those formerly living homosexual and lesbian lifestyles could be punished as criminals. Senator Cory Booker, while Together for the Gospel was taking place, grilled Secretary of State nominee Mike Pompeo for his Christian beliefs on homosexual perversion. I could go on, but you get the point. When you see certain Christians expending so much energy on issues that, if they are problems today are peripheral, while expending so little energy on the issues that will eventually take away the church’s ability to preach the gospel freely, you have to wonder what’s going on?

James White, Doug Wilson, Phil Johnson, and Todd Friel know what’s going on, and they refuse to go along. That’s why they have been verbally attacked.

It is right to preach against racism when the text of Scripture addresses it, or when there is a sin that needs to be corrected in the church, or the church needs to be warned against wrong cultural practices that are paramount. None of these criteria seem to apply well at all to those who fancy themselves as leading the charge against racism in the church at MLK 50 or Together for the Gospel.

1 thought on “When should racism be preached against?”