Why We Should Forget the 1950s 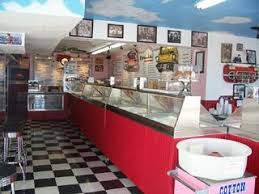 In Favor of Remembering Christ
By: Jonathan Harris

While attending a regular men’s group at my church the other day an often heard observation was brought up- that American’s have rejected Christianity in the last fifty years. This point was followed with a call to revival spurred on by prayer and evangelism. While America has rejected, and while there is need for more prayer and evangelism, I believe we must make sure we aren’t sucked into this mindset of returning to the 50s. I’ve heard many conservatives lament the 1960s as the turning point in American culture. Prayer was taken out of school, the “free-love” movement hit the streets, and there was an overall disrespect for authority (in actuality the hippie movement started in the late 60s and had its heyday in the 70s). While this may all be true, I’d like to suggest something that will change the way we conservative Christians view this period, a view which may change the way we go about trying to “revive” our nation. I’d like to point out that the 60s and 70s were not out of nowhere occurrences, just as the progressive era was not a shock to those who lived it. The foundation for the 60s was laid long before the 60s even began. I asked this question of our men’s group leader – who was in the process of comparing his childhood with the children of modern times. “Did you respect authority out of a love for Jesus, and did your father discipline you out of obedience to Him?” The answer was, “No.” This is because Christ had been rejected long before the 50s, however, during the 50s a shadow of Christian virtue still remained. The skeleton was gone, but the skin was still intact. That skin came off in c1968. In other words, we as Americans were living a delusion acting out of habit rather than conviction. All the flower children did was become consistent in their worldview. They didn’t reject a religion necessarily, they just put action behind the rejection of their parents. We are still in this process today as the retention rate for evangelical young adults is a measly 4%. A child can tell that mom and dad are hypocrites in secret, that their only reason for attending church is habit. If they actually loved Christ they would “keep His commandments.” Therefore what happened in the late 60s and continues on till today should not surprise us at all. It was bound to happen.

As far back as 1879 Stonewall Jackson’s chief of staff Presbyterian theologian Robert Lewis Dabney predicted the demise of America due to socialist measures. We should all take this opportunity to remember that communists are not merely creatures of economics, but in reality secular humanists. The Communist Manifesto aggressively pursues the most anti-family agenda imaginable- thus modern liberals are not only opposed to private property, but also to family values (This should cause libertarians to realize the utter stupidity in abandoning social conservatism. If the family breaks down, who’s left to pick up the slack? That’s right! The government!) In regard to secularizing public schools Dabney proclaimed


To every Christian citizen, the most conclusive argument against secularized education is contained in his own creed touching human responsibility. According to this, obligation to God covers all of every man’s being and actions. Even if the act be correct in outward form, which is done without any reference to his will, he will judge a shortcoming. . .Second, Our Savior has declared that there is no moral neutrality: ‘He that is not with Him is against Him, and he that gathereth not with Him scattereth abroad.’ Add now the third fact, that every man is born in a state of alienation from God; that practical enmity and atheism are the natural outgrowth of this disposition; that the only remedy for this natural disease of man’s spirit is gospel truth. The comparison of these truths will make it perfectly plain that non-Christian training is but literally an anti-Christian training (emphasis his).

Dabney’s prophecies from 1879 are chilling.  In Secularized Education he states:

the State will fall into the hands of teachers who will not even teach secular learning honestly; money will be wasted, and the schools will become corrupting examples to their own pupils of slighted work and abused trusts. . .Christians must prepare themselves then, for the following results: All prayers, catechisms, and Bibles will ultimately be driven out of the schools. . . Infidelity and practical ungodliness will become increasingly prevalent among Protestant youth, and our churches will have a more arduous contest for growth if not for existence.

The cause for this takeover you may ask?

Evidently, if most parents did the work well enough, the State would have no motive to meddle. Then the very raison d’etre of the State school is in this large class of negligent parents.

Equipped with Biblical understanding of society, Rev. Dabney knew the government’s job was to punish evil doers and promote righteousness, and the parent’s job was the educate their children.

With regards to the anti-family “Woman’s Liberation Movement” (which was saturated with European socialists and pagan practices) with its American kick-off in Seneca Falls, New York, Dabney proclaims:

the only possible result of this movement will be, not the independence and equality of woman, but the substitution of the savage dependence of the slave-concubine, the “weaker vessel” held and abused by brute force, for the benignant order of scriptural marriage.

Dabney knew this because of a basic Biblical teaching, that the Creator had instilled within woman a natural desire for men and vice-versa. It is impossible for women to liberate themselves from men for this sole reason. Therefore eliminating the protection which marriage and family afford would inevitably lead to infidelity and abusive relationships. Yet another prophecy come true.

R. L. Dabney’s  conclusions are not independent observations about various movements or fads, but rather an indictment against the flaws of humanism whatever the form. He compares the humanist, whether it be the evolutionist, feminist, socialist, or “free-thinker,” to a man within a bathtub who insists on lifting the entire bathtub while in it. In other words, man cannot perfect himself by himself. In the paper Nature Cannot Revolutionize Nature, he makes this point:

man must cease to be man before he can strip himself of conscience, of the conviction of moral responsibility, of the sense of guilt for transgression, of hope, of fear, and of the inextinguishable desire for his own well-being.

Again, in Secularized Education he questions:

On what moral basis shall the teacher who wholly suppresses all appeal to religion rest that authority which he must exercise in the school-room? He will find it necessary to say to the pupil, “Be diligent. Be obedient. Lie not. Defraud not,” in order that he may learn his secular knowledge. But on whose authority? There is but one ground of moral obligation, the will of God, and among the people of this country he who does not find the disclosure of that will in the Scriptures, most often finds it nowhere.

As long as Conservatives look back to the 50s as the standard of what to shoot for, they are actually shooting themselves in the foot. Without the authority of Christ there is no compelling reason for which to be moral. Thinking that one can be ethical without him is pure folly and humanistic to the extreme. We therefore cannot advocate a return to our parents, grandparents, or great grand-parents, but rather a return to Christ! Those who were moral out of habit but not motivation, were not moral at all, but rather lazy. This is not meant to be an indictment against all members of the three preceding generations. I realize there were a great many more Christians existing, yet there were also a great many more pretending to be Christians.

When we look back at the history of the American experience we find that we started out riding the coattails of the Great Awakening. During the first half of the 19th century humanism slowly kept in through Unitarian and Transcendental theology, not to mention Utopian schemes. The Shakers who forsook marriage and family by following the teachings of “Mother” Ann Lee  abolished sexuality killing God’s intention for gender. They lived in communist communes where private property was eliminated. The Oneida Community, another communal living situation, believed in the perfection of man. John Humphries Noyes taught that abandoning alcohol, slavery, and all sins would render one faultless. What resulted was a society devoid of marriage but sexually charged with “free-love.”  Anyone could have sex with anyone else. In other words the 60s aren’t anything special- the Oneida Community communists beat them to it. The Owenite Communities led by Robert Owen believed that through environmental changes man could become perfectible. Of course these environmental changes ended up being communistic. The son of Robert Owen, Congressman Robert Dale Owen who published the “Free Thinker”, is thought to have inspired Abraham Lincoln (who may have been a fan of his father’s Utopian ideas) to write the Emancipation Proclamation. Charles Fourier started the Utopian commune Brook Farm in Massachusetts. His advocates included Ralph Waldo Emerson, Henry David Thoreau, Nathaniel Hawthorne, Elizabeth P. Peabody, and Horace Greeley (Transcendentalists, except for Horace Greeley a Unitarian).

During the Middle of the 19th century America witnessed a huge influx of immigrants from the failed 1848 socialist revolutions (who along with the Transcendentalists etc. were in the North). The War Between the States ushered in official socialistic policy with the enactment of a National banking and currency system, a Federally funded school system, a system of redistribution for infrastructure projects, protectionism, and the usurpation of state and local authority. Many “Forty-Eighters” made their way from the ranks of Union Generals into the government administration permanently staying there. The progressive Era commenced at the end of the 19th century and went on until FDR. This was perhaps the most destructive period, although the 1860s was its foundation. Eugenics, evolution, liberal theology creating dead denominations, the social gospel, the woman’s liberation movement, Wilsonian foreign policy, and the temperance movement (which had proponents on both conservative and progressive sides) were set in place. World War 1 exposed American soldiers to European values, and World War 2 did it again. It is after this that we have the 1950s. As you can see, the pendulum of humanism had already commenced. We shouldn’t be surprised when it “took to the streets” to become the more aggressive humanism of today.

Instead of fighting the “Culture War” solely with legislation and boycotts, we must fight it with the Sword of the Spirit. The “battle is not against flesh and blood.” Firstly and for-mostly we must pray and evangelize, then gain strategic positions in public opinion (As the German socialists did for journalism in the 1850s, and Jewish Bolsheviks did for education  in the 1920s) while still maintaining our Christian principles with no conformation given to the world. Our personal lives however must come first. If we are caught up in Hollywood movies and secular music it is already evident where our allegiance lies (No I’m not saying media is wrong). Secondly, we must gain a view of the world which is not compartmentalized. God has much to say about government, and we are cutting off the limb we sit on if we think politics is secular. There should be Christian involvement in politics as “salt and light,” but there should first be a surgical procedure in which the log is taken out of our own eye. Let’s stop living in dreams of yesterday and start looking forward for what Christ will do.