Addicted to Social Media? There is Hope! 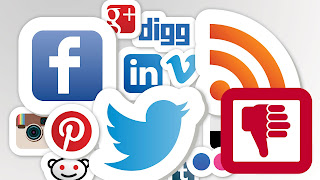 If it’s not obvious to you already, the advent of social media has fundamentally changed Western culture. If this does not put it in perspective, I don’t know what will- There are adults today who do not remember a time when half the population was not looking down at their phones in public settings. It’s just normal at this point to carry on a conversation with a family member or friend even though half of their attention is being given to a five by two inch screen. And if some of us are to be honest, sometimes we are the ones treating our phones as more worthy of attention than the images of God right in front of us!

Studies and articles have been coming out for years decrying the drug-like effects social media can have on the minds of humans. One recent article suggests:

There might be several reasons for this addiction but one the most prominent reason is increasing distance between the family members and lack of belongingness in the youth.

Though this may not be the only reason for the current epidemic it is likely a strong contributor. Scrolling for meaning and finding none is the situation our culture is in. Perhaps the, “Let’s protest and actually do something!” crowd is recoiling in frustration against the meaningless feelings that come with trying to extract human value from a digital device.

Now in all fairness, social media is not all bad. I use it, and I’m thankful for it. It connects me (though superficially sometimes) to others and exposes me to useful information. But…then there’s the other side. It sucks the time right out of my life! Or I should say, it did. . . until I realized something.

There are still settings in which I can overhear an older person complain about the “kids and their phones!” My grandpa will sometimes say with a sigh, when referring to such violators of the old conversational norms, “They like looking at screens.” These complaints are diminishing however as grandparents are becoming just as hooked as their grandchildren. Again, this is not all bad. Parents and grandparent can see highlights from their children and grand-children’s lives from half way around the world in instant time! What a marvel of the modern age! But there are some things about this that potentially are not good. How often can connectedness with someone we ought to be close with become restricted to cat videos and what we ate for supper?

My experience with social media changed somewhat when I traveled to Turkey last year. I had already recoiled against what I thought was a superficial use of Facebook and had relegated my page to the purpose of posting political thoughts aimed at convincing others and cataloging pictures I had taken from year to year. Of course, the political posts, in addition to convincing some, lost me Facebook friends who disagreed or who wanted to use their social media as an escape from the constant barrage of politics they already felt living in the world. The pictures earned me a substantial amount of “likes,” and this did seem rewarding. I got into a habit of checking as often as possible to see how many “likes” I had, or responses to arguments I was engaged in. It zapped my day away without me realizing it. But I was no different than my peers who were also hooked to their phones, or was I?

Into an Istanbul coffee shop I walked. Ok, it was Starbucks. But in Istanbul, the atmosphere was different than what I had remembered in the States. We were told by the contacts we had in the region that Facebook was very popular in Istanbul. This was evidenced to me by the fact that I was getting friend requests from random strangers simply for checking in at various tourist destinations. The difference though was this: Turks used social media differently. As I looked around the coffee shop (and every subsequent restaurant and coffee shop), I noticed that everyone my age (a millennial) was well dressed, had good posture, and was engaged in face to face dialogue. Everyone had phones, but I did not see anyone using them when talking with someone else. Young people who appeared to be on dates did not engage in PDA of any kind. Rather they listened to one another with eyes locked on each other’s faces.

What was going on here? Was I transported to the 1960s? No, that wasn’t possible because occasionally someone would whip a phone out, but not while engaged in conversation, and not to the extent I had noticed in the States. An important aspect of Turkish culture may explain the differences between their world and ours when it comes to the use of technology. The advertisements in Turkey featured nuclear families. A mother, father, and more than one child would smile while holding up a product of some kind. In the 1990s such advertisements were common in the States, but slowly, over time advertisements began to feature peer groups and individuals. The reasons for this are not important for this discussion. What is important is this: The Turks had not yet become the individualistic (and I will venture to add narcissistic) culture so prominently displayed in the West. Sitting on a commuter train I noticed men still giving their seats up for the elderly and even a pregnant women. There was a sense of community that often seems missing in urban and suburban Western regions.

Then it dawned on me. The Turks had the same access to technology that those in the U.S. had, and yet they managed it differently. Was it because they were not quite as into themselves? Now don’t get me wrong, there are a plethora of social problems in Turkey, many of which modern Western societies are miles ahead in, but there seemed to be an exception in this one area.

When a child grows in the States, oftentimes they are raised by the TV. Whenever the parent, who generally does not discipline the child, wants a break, screens are their ally. Screens aren’t always bad, but they are overused. The child then in turn learns to glean entertainment and information from technology. The distraction is reinforced as a good thing by the parent, because the parent is rewarded with an opportunity to rest themselves from the crankiness of a disrespectful child. As the child grows older this pattern does not stop. The child is hooked on technology, oftentimes finding it difficult to hold conversations or think deeply. Their brains are occupied by a non-stop barrage of information and they become addicted to it. On social media, a child can block the disagreeable and find groups of friends and strangers who who accept the online version of themselves they have created. Social media accepts them when their parents do not. It offers “likes” when they’re made fun of at school by classmates. It becomes the affirmation center. It gives instant gratification without working hard for it. It trains in superficial people pleasing, and discourages physical and mental exertion. In short, social media becomes a person’s friend, something the Turks have not accepted as a possibility.

The problem is, social media is not a friend. It is a tool, and not one that should be the primary source of affirmation and acceptance. If social media becomes a channel for the worship of the god who is ourselves, it will leave us dry, but at the same time wanting more. All idols require their sacrifices.

I knew that my problem with social media was nearly as bad as some, but I knew that It wasn’t right. I was falling into the direction of the culture around me to some extent. The reason I knew this is because when I went to bed my phone would be the last thing I’d look at, and when I woke up it was the first. I didn’t usually go more than an hour without looking at it. However, I noticed when I was in areas without service I was more relaxed, likable, spiritual, happy, etc. The phone was draining me of my humanity. I knew I needed to make a change.

Here’s what I did.

1) No phones in bed. I communicated this to my wife as well, and we’ve been a lot better in this area than we used to be.
2) No more than an hour on social media per a day. I literally time it using ATracker
3) No spending more time on social media than I do praying and reading my Bible.

Since I suspect that living in real familiar and social community is the antidote to the endorphin driven quest for “likes,” I have made a concerted effort to put down my phone when my wife is talking to me. I don’t log in to Facebook when we are on a date. I call my family members on the phone instead of merely posting things on their walls.

So far the results in my own life have been wonderful. I’m less stressed, more productive, and closer to the Lord than I was before. Who would have thought a group of young Turks at a Starbucks would help me see what I was increasingly missing out on- real life!