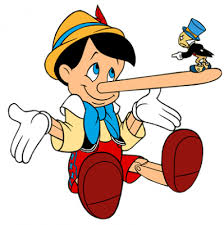 For the past three years I have not found it necessary to bring the word “Calvinism” into any of the posts here at The Lion’s Den. Believing that one can both be a Christian and a “non-Calvinist” per se, I never saw the use in being dogmatic on a “secondary issue”. I realize now that this way of doing things just isn’t being completely honest and forthright. I have come to understand that in reality all Christians are “Calvinists” in one sense; not that they knowingly follow the man John Calvin, but that they humbly received Christ’s work on their behalf. Unless you believe in work’s righteousness, you too subscribe in some way to Reformed Theology simply because you agree with God that salvation is His work and not your own. This system of theology however does more than put Christ at the center of our lives- it puts Him on the throne of creation. As believers in God’s sovereignty we subscribe to beliefs concerning government, science, medicine, history, etc. which view Him as the centerpiece. Without a view that man is sinful and weak while God is good and powerful we have no true Christian worldview. No one is under obligation to call this theology and accompanying worldview “Calvinism” if they don’t want to be associated with a man- but at the same time we should all realize that this is the formal name for the theology we all basically subscribe to believers in God’s sovereignty.

Some of you are probably upset at me at this point. You may be saying, “How dare you tell me I’m a Calvinist! I’m nothing of the kind!” or “I can still be a Christian and not a Calvinist!” Well, that may be true in one sense- You can be a Christian and not follow the man John Calvin, but again, as I stated previously, you cannot be a Christian and believe that somehow your own “decision” or “works” have saved you. You must completely cast yourself on the mercy of God. Calvinism is the system that recognizes grace alone apart from any works. The system opposing Calvinism is referred to as Arminianism, emphasizing man’s “free will” and “decisional regeneration.” I expect that most people reading this will be familiar with both terms. (We will be discussing why it is you shouldn’t be afraid of the theology of Calvinism shortly.)

On a side note: It is my belief that Arminianism leads inevitably to humanism simply because it maintains that there is a spark of good in man by which he can obtain God’s favor- namely his decision. In our country this has definitely been the case and it has lead to privatization, a phenomena in which the church has neglected the culture in favor of “personal relationships” with God. (More on that in other postings such as Total Truth)

Anyway, it is because Calvinism has been so grossly misrepresented that so many are unwilling to verbally subscribe to it. My aim is to correct three of the biggest misrepresentations I have seen used among friends of mine and believers in general. Just to be clear: I’m not trying to bash anyone over the head at all. My motivation is simply out of fear for my readers that they will be sucked into a theological system (Arminianism) that ultimately leads to ineffectiveness (privatization), lack of satisfaction (no sense of calling), despair (no truly sovereign God in reality), and sometimes heresy (i.e. Pelagianism). 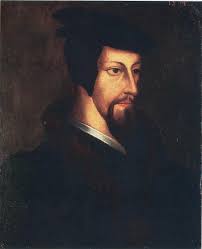 1. Calvinists Believe No One Has Choice

This statement couldn’t be more untrue but yet it remains the biggest objection to Reformed Theology. Allan Turner writes, “According to Calvinists, a person may have only one course of action open to him and still be free.” Unfortunately for Turner and all the other Arminians leveling this critique, John Calvin disagrees when he says:

This liberty is compatible with our being depraved, the servants of sin, able to do nothing but sin. In this way, then, man is said to have free will, not because he has a free choice of good and evil, but because he acts voluntarily, and not by compulsion. This is perfectly true: but why should so small a matter have been dignified with so proud a title? An admirable freedom! That man is not forced to be the servant of sin, while he is, however, ethelodoulos (a voluntary slave); his will being bound by the fetters of sin.

In other words, man is given a choice as to whether he will receive God’s free gift or not. Man however, in his sinful state, will always choose wrong. The elect are chosen by God against their will to be His followers- and we should be grateful for it (the equivalent would be a dying man forced against his will to go to the hospital). I want to emphasize one more time that John Calvin is only right because this is what Scripture already teaches, not because he happened to say it. However, John Calvin is a man God used to systematize the Doctrines of Grace contained in Scripture. All that to say, Calvinists do believe in choice.

2. Calvinists Believe in an Evil God

After telling the congregants at Thomas Road Baptist Church that Hypercalvinists believe only the elect babies are going to heaven, Ergun Caner- professor of theology at Liberty University School of Divinity– went on to say:

Unfortunately, Caner erred in two basic ways. He equivocated Hypercalvinism with Calvinism (using the terms interchangeably during the course of his sermon), and he defined the latter term wrongly. Just to set the record straight: Hypercalvinism is a belief system that can also be called “Christian fatalism.” A Calvinist who fails to obey the prescriptive will of God (most notably in evangelism) simply because “God will take care of it in His sovereignty,” is a Hypercalvinist. What folks like Ergun Caner do (quite frequently I might ad), is take something like Calvinism, misrepresent it, and then create a straw man called “Hypercalvinism” so they can knock it down. To be clear, none of what Caner said is accurate. Calvinists do not believe in a God who is the author of sin, or who necessarily sends babies to hell (it’s simply an unknown Biblically speaking), or who “chooses” some for destruction. They believe in a God that is so powerful that He can use even evil to glorify Himself. That’s a big difference. The burden of proof lies on folks like Ergun Caner to provide the evidence to justify such destructive accusations. I’m not holding my breath. 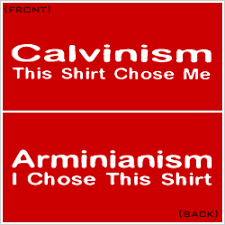 3. Calvinism and Arminianism are Both True

I have heard this argument so many times I feel like my head’s going to spin. I don’t fault friends of mine who have made such a claim for making it- rather I attribute the blame for such poor thinking with the spiritual leaders propagating such post-modern gibberish. Usually the argument goes something like this:

Well we know the secret things belong to the Lord, and Scripture teaches that we have a choice and that God chooses us, so I guess the Bible teaches both systems. It must work out in the mind of God somehow even if it doesn’t make sense to us.

The first problem with such thinking is that it assumes misconception 1. Remember, Calvinism teaches that men do have a choice- it’s just that they choose wrong in their sinful state. Secondly, This way of thinking twists Scripture to make its case. It maintains that because some things don’t make sense, it must logically follow that contradictions are perfectly acceptable. Really? So the God who’s nature is logical, who isn’t the author of confusion decides to reveal two valid diametrically opposed belief systems? I guess we may as well accept relativism while we’re at it! The reality is this: Some things we don’t know because we either don’t have the capability of understanding it, or we have not been given the necessary information. This does not mean that we can believe logical impossibilities (such as, we solely choose God and He solely chooses us at the same time and in the same sense). We do choose God, when He gives us the ability to do so. And yes, He does choose to give us this ability. This doesn’t mean that He overrides our personal will, while we are still saved by an act of our personal will.

In closing, I know for many of you this may be new information. I haven’t cited Sciptures or defined all of my terms simply because I expect most people reading this to have a basic understanding of the terms and Scriptures used by both systems. If anyone has questions regarding any of this, or would like information on either theological system feel free to leave a comment with your email address. We need to realize that the ideas being discussed are big ones with far-reaching implications. Your worldview is determined by your theology. I’ve found over and over again that Calvinism is the brunt of jokes and straw man arguments more than any other “sect” of Christianity in the world of secular academia. This is what has inspired me to make some of the defenses above. Because ultimately, where Calvinism goes, so goes Christianity.