Is it Really the Same?

In Day One Publication’s book entitled “Same-sex marriage” with the subtitle “Is it really the same?” Mark Christopher, a church planter to South Africa affiliated with John MacArthur and Cornerstone Ministries International, engages the “sexual revolution” by approaching its most popular modern campaign – homosexual rights. Primary to Christopher’s critique of “sexual equality” are the presuppositions associated with a Biblical understanding of God’s intentions for sexuality and marriage. Although almost every chapter is flooded with Biblical exhortation, the groundwork for all subsequent argument is laid in the first chapter entitled “What is the Divine Purpose for Marriage?” Going further than a mere recitation of the mandate to “be fruitful and multiply,” Mark dives into the core foundations for what makes heterosexual marriage unique. Its reflective, complete, cohesive, productive, and exhilarating qualities are simply unmatched by all alternative deviancies – rendering the accurate category of marriage solely granted to relationships which mirror a unique heterosexual monogamous union. Christopher points out that behind all the political rhetoric and social clamor lies a theological battle stating, “It is clear from the biblical account of marriage that it is a divine institution, not a mere civil arrangement. As such, civil government can only recognize what God has clearly ordained.”
In addition to a Biblical understanding of gender and marriage, the author unlocks the presuppositions inherent within the sexual revolution itself, while also examining the factors which have lead the Western world to the point it’s at now. By highlighting the genetic, discriminatory, transvalued, deconstructed, and political premisses homosexuals are using we can gain a better understanding of their logic and its flaws. Quoting both homosexual activists and scientists, Mark systematically dismantles the underlying assumptions within the questionable “scientific” studies proponents of same-sex marriage have tried to use. The dangers posed by the same-sex lobby as evidenced by their success in other countries is also made available. 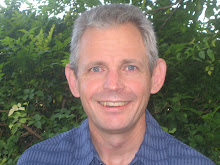 In a nutshell, Mark’s message to the church is to keep it Biblical. The church must teach God’s truth regarding marriage and gender, while at the same time taking sexual sin seriously and speaking the truth in love. On an individual level, change for the homosexual person is possible through the power of the Holy Spirit. On a social level, the author recognizes the threat of same-sex marriage but offers a rather vague solution. Christopher rejects the libertarian logic that says, “Private affairs don’t hurt society.” He instead asserts:

The presumption today is that two or more individuals can carry out whatever private desires they have without affecting or influencing society in any way. The Bible clearly debunks this selfish and hyper-individualistic notion. The world is today creaking under the weight of sins committed in private that are assumed to be nobody else’s business.

For the Christian community he advocates that they should “make a well-reasoned and impassioned appeal to the secular authorities that marriage is the exclusively heterosexual union between a man and woman.” However, to the church as an institution, political involvement is neither affirmed nor denied.

Towards the end of the book Christopher touches on frequently asked questions he receives on the subject and highlights the recent headlines cataloguing the harmful inroads that have already been made by the same-sex marriage lobby. In the next two decades I’m sure some of the questions will change with the headlines, but for now the book is useful and up to date.
On the whole I found the book very helpful. The author helped me organize what I already believed, and strengthen my conviction. My only criticism would be towards the amount of time devoted to certain topics over others. More time is given to exposing political inroads made by the same-sex marriage lobby then is given to how the Church and Christians can effectively fight such inroads. Despite this, I definitely do recommend that pastors and church leaders read this short book to gain a better understanding of the threats posed. Before one can defend the truth one most know it. To order, click the link below.

Same-Sex Marriage: Is It Really the Same?