Sex and the Government Part 1 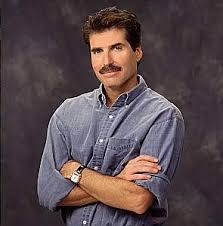 Why Libertarians are Wrong
By: Jonathan Harris

Yesterday I watched a an episode of the new show Stossel, in which the mustached libertarian gave his “reasonable” opinion on sexual ethics and government involvement. As most of you are aware, the libertarian and progressive (liberal) ethics are nearly identical when it comes to “social” issues. The conventional wisdom is, “Anything goes, as long as no one is hurt.”

The progressive ethic wasn’t always this (and still isn’t among the elite progressives). One only has to be reminded of the eugenic efforts of 100 years ago. These initiatives were government sponsored with the intent of creating a “super race” of human beings. After all, if you breed horses for speed and agility, why can’t you breed humans for specific tasks such as cognitive assignments and physical feats? Of course, at the time minorities were considered to be “less evolved” and the progressives wanted to sterilize as much of the “bad” gene carriers as they could. It was during this era that Planned Parenthood was set up to get rid of the bane of society (Planned Parenthood still holds a monopoly in urban black areas). Now what you’ll hear out of a liberal’s mouth is different. They’ll say, “Anyone can have sex with whom or whatever they want, as long as it doesn’t hurt anybody.” Is this an improvement? Conservatives might be tempted to say, “At least it’s out of the hands of the government.” But is that really an improvement? What if Jesus Christ were dictator (as He will be) and regulated sexual practices?

The principle that, “Anything goes if no one is harmed” makes two crucial assumption. First, it posits an ambiguous definition of harmed. Who says what harming is? One person is harmed by peanuts because they’re allergic. One person claims to be emotionally harmed (i.e. offended) by politically incorrect behaviour. A child is harmed when his or her father spends all his time pursuing hobbies like hunting and fishing without living up to his fatherly prerogatives. Society is harmed in general when certain vices are legalized (prostitution, gambling, etc.) because they usher in a general numbing of the collective conscience and other violent crimes follow. We could go on and on about what constitutes “harm” even after having a basic agreed upon definition. Social conservatives think that homosexual marriage harms children collectively and in the long run. A libertarian can look at an individual case and say, “Doesn’t seem to be any scratches. No abuse here. Therefore: no harm.” But he fails to understand such factors as time. Say a tick latches onto your body when you’re in the woods. You then come home, find it in the shower, and pull it off. There’s a slight wound, but no harm right? Wrong! That tick could have been carrying Lyme disease, and you may not see the symptoms for months. So is it still harmful if the effects aren’t immediate? The social conservatives would say “Yes!” regarding same-sex marriage. The libertarians would probably say, “No!” The point is, when we talk about “harm” we are arriving at it from many different standpoints with many different definitions. Generally the libertarian/liberals like to equivocate harm with immediate physical or emotional abuse. Unfortunately, they fail to see the big picture.

The second assumption being made in the previous statement is the idea that it is reasonable. A liberal will just posit, “As long as no one’s hurt it’s fine” and think that everyone will automatically agree. Who says that “As long as no one’s hurt it’s fine?” What if I disagree and say, “It doesn’t matter who’s harmed. You have your individual rights!” What authority can they appeal to that’s transcendent over me to say, “See here, you’re being unreasonable!” They can’t. The folks who make this claim are being arbitrary. They have no justification for such a position.

Stossel starts with this arbitrary premise and then seeks to find an ethic completely based on the autonomy of the individual. His second assumption is that man can himself make a better decision than government can regarding “issues of morality” (in reality everything is moral, but I digress). Again I pose the question, “Can a righteous civil magistrate (such as Christ) make a better decision than a depraved individual?” The answer is of course “Yes!” If the law precludes homosexuality, then the law is making a wiser determination (according to Christianity) based on ethics, health, child-rearing, economics, etc. than the individual sinner is. The inverse is also true though. So the real question is not what is right (As Christians we should already know), but whose responsibility is it to enforce such righteousness? The individual, the family, the church, or the government?

Stossel argument basically goes like this, “Individuals are better at taking care of themselves, therefore individuals are better at taking care of themselves.” Of course, he doesn’t come out and say this explicitly, but he does beg the question. Defining and highlighting every government failure he can, and championing every individual success he can, serves as his evidence-but in reality his evidence is tampered with; by himself. Think about it. He starts with the assumption that his autonomous moral code is correct (that fornication shouldn’t be punished, etc.) and then concludes that individuals (i.e. himself) should make their own decisions on morality. So he creates the standard based on his standard.

Here’s the bottom line. Libertarians are at least more consistent than liberals (who only apply the free market to “social issues”) because they apply capitalism to everything, not just finances. But why do they do this? It doesn’t follow that the same procedure that worked well in one area will work well in another. The free market is a mechanism that can harness evil (with limited governmental regulation) for good because evil people with evil motivations are still forced to provide a beneficial product if they want to make a dollar. It’s the only system in which greed can be harnessed effectively along with good intentions. The question then becomes, “How does a free market approach to sexual ethics harness evil for good?” The answer is, “There is none!” A fornicator cannot produce something considered “productive” (in the Christian sense) through his fornication.

Conclusion? Libertarians/liberals have a great many assumptions they bring to the table whenever they argue for their position. Their position, while perhaps being attractive to a Christian who believes in private property, is not compatible with Christianity because of the way these assumptions are defined. The Christian must not be arbitrary like the libertarian. He must look to God as the source of moral guidance in all areas, realizing he’s not the irrational one for doing so. Some of you may be saying, “You never answered the question! You never said who’s responsibility it is to regulate sex! You never said what involvement the government should have!” The fact is I haven’t for a reason. I want you to think about this. Is the Bible really your standard? If it is, you’ll look in its pages to make this determination. You may come to the conclusion that it’s the individual’s choice (for reasons not pertaining to libertarianism), you may come to the conclusion that it’s the government’s or a mixture of government and individual, you may find that the church has the sole responsibility to regulate such things, or you may say “It really doesn’t matter to God.” The most important thing is that you’re looking in Scripture for the answer. The second most important thing is that you’re “rightly dividing it.” That’s why in the coming weeks I’ll post what I think the Bible has to say on this issue. Until then, think this through on your own and find out who your authority really is. Is it you the autonomous individual, or is it God the transcendent creator?