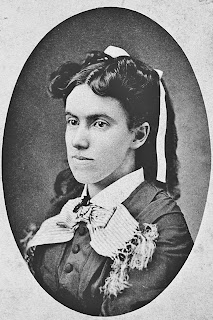 It is no secret that Southern Baptist leaders carry a large burden of white guilt for historic situations and symbols they consider insensitive to Americans blessed with African lineage. They are especially ashamed of their own denomination’s history. And, interestingly, they think they somehow have the power to change the legacy of their self-assessed complicity through lamentation and other measures (a very “white” assumption from the perspective of Critical Race Theory advocates, if there ever was one).

In 2018, Danny Akin, the president of Southeastern Baptist Theological Seminary sponsored a resolution which, among other things, condemned the first president of the convention, William B. Johnson for promoting slavery in his inaugural address. Johnson’s crime concerned his disagreement with the Mission Board in Boston, which “had placed itself in direct opposition to the Constitution of the Convention” by disqualifying slave-holders from becoming missionaries and had “failed to prove—That slavery is, in all circumstances, sinful.” This resolution failed amidst the crowded slate of resolutions also condemning some form of, you guessed it, racism.

The Convention adopted a resolution against using the “Curse of Ham” as a justification for slavery, and another statement condemning racism. Add to this the various statements written, sponsored, or supported by Southern Baptist entities and one begins to swim in a sea of anti-racist statements all attempting to once-and-for-all rid the Convention of, as Al Mohler likes to call it, “the stain of racism.”

The latest attempt to use racial animosity as a pretext for societal revolution has afforded Southern Baptists yet another opportunity to condemn one of their most cherished subjects—racism. Prominent SBC pastors like Thabiti Anywabwile and David Platt encouraged marching with Black Lives Matter. The president of the Convention, J.D. Greear, called for the retirement of the “Broadus gavel”—deemed unholy for having been the unfortunate block of wood to have been in contact early on with a slave-holder and Confederate supporter. The Mississippi Baptist Convention took it upon themselves this week to condemn the Mississippi State Flag for its symbolic Confederate imagery.

As advocates of cheap bravery rush to show solidarity with the forces of revolution and obtain their unearned “pat on the head” from media elites, one wonders where this will all end? Perhaps, Southern Baptist comrades should showcase their fidelity to the revolution by demonstrating some, you know, REAL sacrifice. It will be easy for the scoffers and “exvangelicals” to see through token measures meant to placate other comrades. However, what if the SBC were to make a financial sacrifice for their oppressed minority brothers and sisters made in the image of God? What if Southern Baptists eliminated the Lottie Moon offering for the racism it is!

Lottie Moon was born into a “fifteen-hundred-acre tobacco plantation.” Her father “was the largest slaveholder (fifty-two slaves) in Albemarle County” Virginia. Lottie never, that we know of, apologized for her privilege or her family’s complicity in holding slaves.

In 1875, Lottie Moon said “Where the Caucasian goes, he carries energy and an inferior race is aroused by the contact.” In 1876, Moon claimed that “self-respect” compelled her to reject any potential “decision of any Chinaman or body of Chinamen” to determine the place of her ministry. She likened such an affront to an “African church in Richmond” telling Dr. Warren where he could live. (Send the Light, 162) Moon was most likely referring to Dr. Edward Warren, who had been the medical inspector of the Army of Northern Virginia. Lottie Moon’s sister, Oriana Russell Moon Andrews, had served the Confederate Army as a nurse under Warren.

Also in 1876, Moon talked about another missionary, Mrs. Holmes, who didn’t want to move and abandon her “duty to these poor heathen,” but knew her son, Landrum needed to go to the United States. The boy would likely live with Methodist relatives “Northern in political sentiment,” an arrangement whose influence Holmes was “not willing to subject her boy to.” Moon sought alternative arrangements for the boy to help him avoid what to her was an understandable negative situation. (Send the Light, 35)

In addition, Moon said Chinese funeral processions contained “barbaric pomp and show” in 1884. Two years later she proclaimed, concerning China, “The life here as we Western people consider life, is exceedingly narrow & contracted. Constant contact with people of a low civilization & many disgusting habits is a trial to one of refined feelings & tastes.” In 1907, Moon opined that a large “Reunion of Confederate veterans” must have been “pleasant.” (Send the Light, 425)

This cursory sketch of some of Lottie Moon’s views make it clear that if Southern Baptists want to truly show their loyalty to the spirit of the age, they will disband the Lottie Moon Christmas offering. As an added bonus, perhaps they should return 1.5 Billion dollars in funds collected in support for their colonization work they refer to as “missions.” Western male Christians, exploiting the legacy of a “racist” white female, have tried to dominate the minds of brown-skinned members of minority religions for far too long.