Why I’m NOT A Libertarian

During the 2016 Presidential general election much discussion was made concerning how awful the top two major party candidates were. As a general rule, when they spoke about themselves it was all lies, and when they talked about each other it was almost always the truth, and the general public knew it! The lamentations and revelations of “just how awful the two choices were” prompted many to take a closer look at the viability of third parties. Could this be the election that breaks the two party monopoly trend? Gary Johnson, the next most popular candidate in the race was said to be stealing votes from Hillary . . . and Trump. In fact, many young people from both sides of the aisle tried an unsuccessful rally around his campaign. His hope was to tap into the excitement that surrounded Ron Paul in 2008 and 2012, and to a lesser extent his son Rand Paul in 2016, while expanding this group of young patriots into a winnable ticket by appealing to establishment types through his running mate Bill Weld. As everyone knows now, the strategy failed. But I am willing to wager the movement did not. The movement I refer to is known as libertarianism, and if you don’t know what that is, I suspect you will in short order regardless of what I’m about to tell you.

Libertarians are a rather diverse group of people. To use two of the names just mentioned as an example of this— Ron Paul appealed to primarily more conservative citizens with aggressive anti-big government speeches, and now even a home-school curriculum guiding young minds away from the “truth” churned out in public schools. Gary Johnson spent much of his political capital on appeals to young progressives who might not be fans of the Democrats. However, a phrase that could perhaps unite both candidates comes from young libertarian hopeful Austin Peterson who believes in “a world where gay married couples can defend their marijuana fields with fully automatic machine guns.” Though the statement may sound strange, the philosophy is picking up steam especially among millennials in the Republican party. A young person can keep their socially progressive leanings while at the same time embracing free-market economics and the Constitution. Everyone wins right?

In some ways I was that young millennial 9 years ago- not that I was concerned about liberal social causes, on the contrary I was very conservative on issues such as abortion, same-sex mirage, and border security. However, I was a bit open to the possibility that the drug war wasn’t such a good idea, and perhaps our foreign policy was just a little too aggressive when we had military personnel in over 150 countries. That suspicion coupled with the fact that libertarians seemed to quote the Constitution better than their conservative counterparts did it for me. I voted for the Libertarian candidate Bob Barr in 2008 over John McCain. Now however, I see a fundamental flaw in what I was in the process of buying into. Libertarianism promises what it cannot deliver. “A world where gay married couples can defend their marijuana fields with fully automatic machine guns,” is not a world where self-government can also exist. Let me explain.

At its core libertarianism rests on two basis principles:

A) The Non-Aggression Principle
B) The Right to Private Property

As a political movement these two principles are applied to every political issue imaginable, though some libertarians would also apply these principles to their personal lives. The Non-Aggression Principle is essentially the idea that no one has a right to harm anyone else unless in in a self-defensive action. The right to private property is the basic building block of a free-market system in the libertarian world. You own yourself, you own what you’ve obtained through the sweat of your brow, and you own what you were given. No one has the right to take it from you. Government’s only job is to secure this right. Sounds pretty reasonable right? Most conservatives would probably be in hearty agreement with both principles. In fact, in many ways liberals may even be persuaded into the system. As a general rule, conservatives are more likely to buy into libertarianism through the private property door, while liberals enter through the non-aggression door, but either way they both find themselves in the same building. 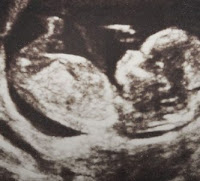 On economic issues, constitutional conservatives and libertarians could not be in more lock step in one sense. Free-market capitalism is supported by both. However, when it comes to social issues things start breaking down. How does one balance the Non-Aggression Principle with the right to private property when it comes to an issue such as abortion? It’s interesting to note that libertarians themselves do not have an official “view” on this topic because of the warring principles. Ron Paul takes the more conservative approach- A woman cannot kill her child, it would violate the Non-Aggression Principle. Murray Rothbard however would counter that a child is actually the property of her mother since the child came from the mother, therefore the principle of private property would mandate that the mother can do anything she wants with her property. Walter Block tries to unify both principles by stating that a mother does not have the right to kill her offspring because that would be aggression, but she CAN take the child out of her womb because the womb is her property. Obviously taking a child out of the womb will most likely kill the child depending on the development stage, but that doesn’t seem to matter so long as the principles of non-aggression and private property are properly applied.

As you can see such non-sense winds libertarians in unusual spots on social issues when these two “sacred” principles compete; and because of the fierce stands libertarians take on keeping religion out of politics, there is no transcendent standard outside of the two guiding principles to appeal to in order to solve the problem. This is where constitutional conservatism has the upper hand. There DOES exist a blue-print to follow when coming up with public policy on even social issues. Both natural and special revelation from a Creator can be invoked so that every issue can be navigated. Abortion is an easy one: From creation God instituted the family and biological and psychological features attest to the fact that the mother is made for nurturing and protecting the child in the earliest stages of development. In other words, there is a standard, a plan, something by which to compare public policy to in order to know if it is right. Governments are responsible to take into account the Creator’s intentions and in so doing form laws that seek to protect and secure them.

Libertarians can easily confuse stewardship with ownership. A mother and father do not own their child from a constitutional conservative point of view. But neither does a child own him or herself. God owns man. Parents are responsible for nurturing their children, which obviously includes not killing them! If this is true it would be wrong to say that the government or a woman herself “owns” her womb, or the child contained therein. God owns both, and gives them the dignity that both deserve. In fact, God owns all property. Human institutions simply manage this property in different ways. Government is a ministry of justice, family is a ministry of education, and the church is a ministry of grace. Libertarianism in contrast recognizes the autonomous individual as the only institution worth recognizing in relation to the State. But there is more than just the state and the individual, there is also the religious institution and the family. There is more than just the non-aggression principle and the principle of private property. There are also a whole host of other principles that must be applied to government. A libertarian could easily find himself on either side of the border security issue for instance unless he adopted the conservative idea that governments also protect cultures, not just individuals pursing self interest. To give another example, traditionally conservatives have been opposed to any profaning of marriage since in order for the government to behave as a minister of justice it must operate within a boundary that recognizes the proper role of the family. (In a similar way, to keep the state from running a muck the family ought to recognize the proper role of government and vote accordingly). The government cannot maintain its limited function in a culture that does not believe in traditional marriage for very long. It will by default start picking up the slack left in the wake of the pursuance of sexual pleasure without the accompanying responsibility attached to it. Government will become the parents and usurp the family. It’s only a matter of time. Libertarianism, which sees sexual actions as no one’s business but the consenting individuals involved in the act, will lead to totalitarianism in this case, UNLESS another principle other than the two previously mentioned is invoked. Conservatives see sexuality for what it is- a private expression of a public act. As you can see libertarianism does not add one single thing to that old dusty philosophy we used to call “conservatism”—it actually gives conservatism a fatal liposuction and then calls itself “healthier.”

The Achilles Heel of libertarianism is actually a surprisingly simple error if thought through. The two guiding principles are claimed to be universal, but they by definition cannot be if libertarianism were actually true. To claim that the guiding principles are true at the same time would be to put them in conflict with one another. Let me explain: If the principle of private ownership were true, I would have the full rights to my own mind, and therefore my thoughts. No one else would own my thoughts or have a right over them, only I would. This becomes self defeating however because if I only have rights to my own mind, and not a universal mind (say one that can give me revelation and therefore universals), then I cannot impose my thoughts on anyone else. This would violate the non-aggression principle. But this is just what libertarianism seeks to do! To impose the non-aggression principle and the principle of private ownership on everyone. If other people own their own mind, they should not be forced to be non-aggressive. This would be an aggressive action to take! As you can see the whole philosophy explodes at this point. There is no way to know truth if everyone is left to their own minds and their own ownership of a personal truth that resides in them. This is why constitutional conservatism makes more sense and is a better weapon against an organized socialist-materialist worldview. Conservatism recognizes there does exist a universal mind- His name is God, and He has a lot more to give us than just the non-aggression and private property principles. He is the basis for our inalienable rights, and if we are to keep them we had better be careful of falling into the trap set before us. Libertarianism will not save us from liberalism because trading one form of humanism for another simply lands us in the same place in the long run- a world devoid of any moral scruples. That my friends is a world in which freedom I’m afraid cannot exist.